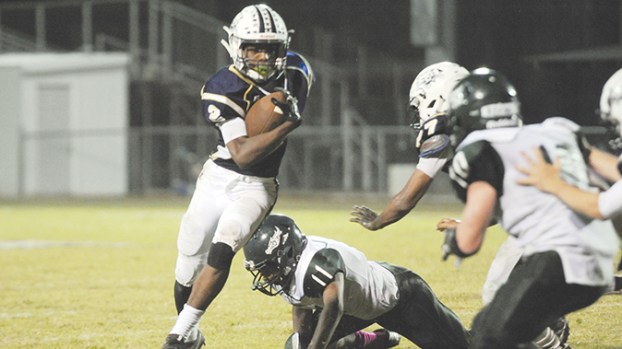 “Pisgah really took it to us,” head coach Garreth Sartin said. “They came out and got on us early.”

The Dragons got on the scoreboard first with a rushing touchdown, and kept the momentum going with several more TDs to end the first quarter 28-0.

They followed up with two more touchdowns in the second quarter to put the score 42-0 at halftime.

Bogue Chitto scored in the third and followed with a PAT from Carson Price to put 7 points on the board.

Damarcus Godbolt came in with an 8-yard rushing TD with five minutes left in the fourth quarter, but the Bobcats missed the point after, leaving it 49-13 at the final.

“This one is over and we’ll move into district play next week,” Sartin said.

The Bobcats head to Liberty to take on the Amite County Trojans Friday. Kick-off is 7 p.m.