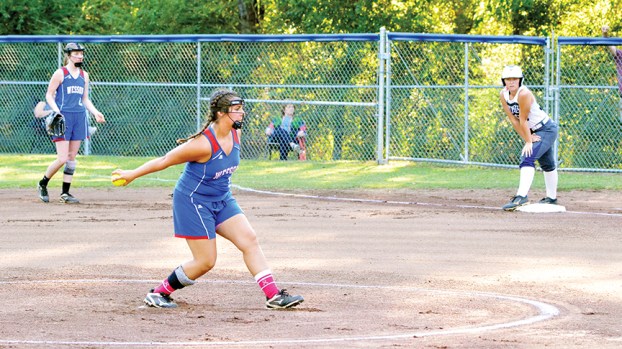 Wesson has made it to round three of softball playoffs.

It took the Lady Cobras eight innings and a grand slam Thursday to take down Purvis 16-12. Wesson won game two by a final score of 18-4, to advance to the third round of the playoffs.

The Lady Tornados brought themselves within one run, 5-4, in the second inning, scoring off a three-run homerun by Kaylee Carr. Wesson answered two of those runs in the bottom of the second as Brooke Jones hammered a two-run homerun.

Purvis scored one run in the fourth off a homerun by Katelyn Toney and added two more runs in the fifth as Kennedy Hudson belted a two-run homerun, tying the game at 7-all. The Lady Tornados broke the tie in the sixth inning, scoring four runs. Toney nailed a solo homerun. Sarah Ballard followed with an RBI double. Hudson hit a three-run homerun before the Lady Cobras were able to record the final out.

With one out and the bases loaded, Jones came up to the plate and crushed a grand slam, giving the Lady Cobras the 16-12 victory.

The Lady Cobras’ bats continued to stay hot in game two, as they scored four runs in the first. Crow once again started the scoring for the Lady Cobras blasting a two-run home-run. Nikki Guess followed with a solo homerun.

The Lady Tornados managed one run in the first off an RBI single by Andee Robertson.

Wesson continued their scoring in the second when Brinson belted a three-run homerun. The Lady Cobras managed one run in third inning as Laynee Crapps hit a solo homer.

Purvis scored its final three runs of the game in the third inning, as Hudson nailed a three-run homerun. The Lady Cobras used a strong fourth inning to add to their lead, scoring five runs.

Wesson will take on the winner of the Richland- NE Lauderdale game on Saturday in round three of the softball Class 2 playoffs.