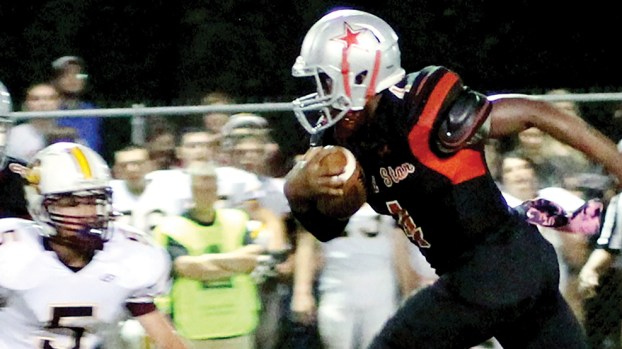 Loyd Star got the game started early with a 36-yard touchdown run from senior wide receiver Patrick Price. The point-after kick was good and the Hornets set the pace with a 7-0 lead.

Enterprise’s defense came ready to fight and were successful in keeping Loyd Star out of the end zone for the rest of the quarter. But the Hornets’ junior running back Je’Mario Clay got his hands on a punt return and brought it back 60 yards for his first touchdown contribution of the night. The point after attempt was successful and Loyd Star was ahead 14-0.

Halfway through the quarter, Price made another trip to a touchdown with a 57 yard run, followed by a successful point after to bring the Hornets to 21-0.

As the second quarter began to wind down, Clay was untouchable in a 72-yard run from the Hornets’ 28-yard line all the way into the end zone to score his second touchdown and take Loyd Star into the half with 28 points. Enterprise’s side of the scoreboard remained empty.

Just after the second half began, Enterprise seemed poised to make a comeback as they recovered a Loyd Star fumble. But the defensive recovery didn’t lead to an offensive resurgence and the Yellow Jackets remained scoreless.

With eight seconds left in the third, Clay went nine yards for his third score of the evening. After a good point after kick, Loyd Star had 35 points.

Loyd Star (now 4-5, 2-1) will have a bye week next Friday, then face West Lincoln in their last game of the season. 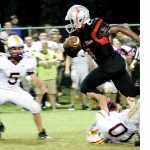