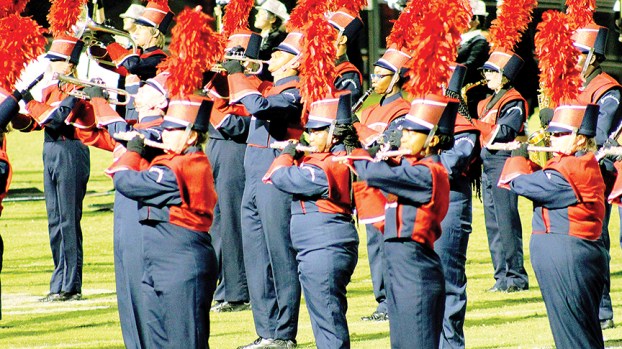 Photo by Joseph Parker/The Brookhaven High School Marching Band was the only school in the area to score the highest rating in all four categories during evaluations held recently in Pearl.

Brookhaven High School scored superior across the board in a recent state evaluation for marching bands held in Pearl.

BHS was the only school in the area that scored superior — the highest rating — in all four categories.

“It’s a tremendous accomplishment, especially to score superior in every category,” said band director Andrew Bonner. “It’s a credit to their performance and effort.”

Bands are required by the Mississippi High School Athletic Association to get rated through marching band evaluations. They’re graded on performances by their drum major, color guard and percussion. The scores are combined to get each band’s overall score.

Both BHS and Loyd Star’s band finished with an overall superior rating.

“We were one of three bands that received an overall superior score rating while competing against 1A to 4A schools,” said Jeremy Donald, band director at Loyd Star. “I’m proud of them for that.”

Wesson and Lawrence County High Schools finished with excellent ratings, which is just below the superior rating.

“We’re super proud of our students,” said Susie Phillips, band director at Wesson. “When you have a good group of students like ours, it’s fun to show them off.”

Mississippi State will crown a homecoming king Saturday night for the first time in the school’s history and the student... read more