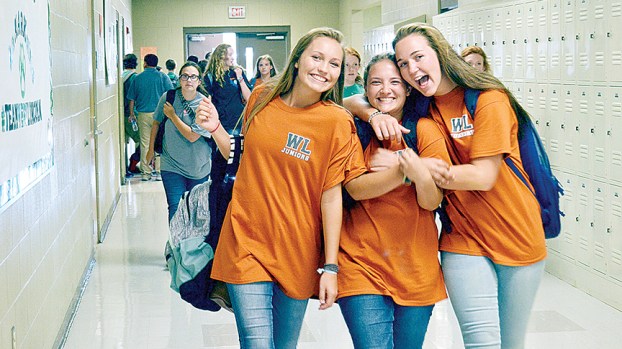 Teachers in the Lincoln County School District started this school year wearing periwinkle blue T-shirts promoting Mission 588, which was the district’s point goal for the A-F accountability system that evaluates how schools and districts performed in the 2016-17 school year.

The results, released today by the Mississippi Department of Education, are welcome news. Lincoln County needed 588 points to bring up the C grade from the year before. They scored 591 to earn a B. Mission accomplished.

“When you achieve a goal, that’s a cause for elation,” said Lincoln County School Superintendent Mickey Myers.

Brookhaven School District remained at a C for another year.

Districts’ and schools’ grades are:

Lincoln County School District scored 591 points for a B, up from a C.

• Bogue Chitto Attendance Center scored 549 points for a D, which is the same letter grade as 2016.

• Enterprise Attendance Center scored 537 points for a D, which is the same letter grade as 2016.

• Loyd Star Attendance Center scored 560 points for a C, up from a D.

• West Lincoln Attendance Center scored 676 points for a B, which is the same letter grade as 2016.

Brookhaven School District scored 536 points for a C, which is the same letter grade as 2016.

• Brookhaven Elementary scored 376 points for a C, down from a B.

• Mamie Martin Elementary scored 372 points for a C, down from a B.

The 2016-17 accountability grades are based, in part, on how well students perform and progress from year to year on the Mississippi Academic Assessment Program (MAAP) tests for English language arts (ELA) and mathematics. These tests are aligned to the Mississippi College and Career Ready Standards and are administered annually to students in grades 3-8 and in high school.

The accountability system also factors in how well students perform on science tests in grades 5 and 8. Accountability grades for high schools and districts include the four-year graduation rate, student performance on biology, U.S. history and ACT tests, and student participation and performance in advanced coursework such as Advanced Placement and dual credit/dual enrollment courses.

The accountability system places an emphasis on the progress students make in ELA and mathematics from year to year, particularly the lowest performing 25 percent of students.

For the 2016-17 accountability grades, districts and schools have been awarded the highest grade they were able to achieve based on current thresholds or the new baseline for 2017-18.

Brookhaven Superintendent Ray Carlock commended the teachers and administrators as well as the students for their performance. He was particularly impressed with Brookhaven High School.

“The high school did outstanding,” he said. “They went up 108 points.”

He said the district will continue to improve the methods of teaching the subject matter, finding ways to educate the students that work the best.

Myers said all four attendance centers in the Lincoln County School District showed improvement, even if the letter grade remained the same.

“Enterprise had a 14 percent jump,” he said.

He also gave kudos to West Lincoln for a solid B.

“West Lincoln is the flagship institution academically,” he said.

He commended the schools for adapting to the new requirements for the accountability grades.

“We raise the bar every year and that can be a source of frustration for students and faculty and staff, but they embrace the challenge and continue to strive for academic excellence,” he said. “MDE expects more from us, not less.”

Learn more about the components of the accountability system for elementary, middle and high schools here.