Mississippi State will crown a homecoming king Saturday night for the first time in the school’s history and the student body chose a Brookhaven man for that honor.

Anthony Daniels, the son of Rudy and Susan Daniels, will reign with queen Victoria V. Vivians of Forest this week. Along with eight class maids, the two seniors will be presented during halftime Saturday as the Bulldogs take on the Wildcats of University of Kentucky in Davis Wade Stadium.

Daniels is studying psychology with a concentration in pre-med.

His older brother Alexander lives in Brookhaven, while his younger sister Victoria is a junior at State studying business information systems.

The Daniels family has called Brookhaven home since moving there from New Orleans after Hurricane Katrina devastated their city.

Daniels, 21, was active at Brookhaven High School. He was part of the homecoming production at Ole Brook his sophomore, junior and senior years. He played football and soccer as well.

In his spare time he was a junior volunteer for King’s Daughters Medical Center.

His days got considerably busy in Starkville.

“I started strong my freshman year. I’ve been involved in so much here on campus,” he said.

He was a member of the MSU Freshman Forum and the Student Associations Cabinet where he served as co-director of late-night events. He was an MSU fashion board model, vice president of programming for the Inter-fraternity Council, a mentor in the Brickfire after-school program and a research assistant for the psychology department.

Daniels has been an active member of Phi Gamma Delta for all four years at MSU and is the fraternity’s former philanthropy chair.

He said he’d rather try for something and fail than not try at all.

“I wanted to go through my college career and not look back and have any regrets,” he said.

To be in the running for homecoming king, Daniels submitted a resume and cover letter and was screened by the Dean of Students to make sure he met GPA and other academic requirements. Then he got the go-ahead to campaign.

He told the student body that he wanted to be their king so he could help give back to MSU and better student life there.

Being Bulldog royalty his senior year was an opportunity Daniels couldn’t pass up.

“I wanted to do one last thing before I graduated and homecoming king seemed like something perfect for me to do,” he said.

He and Vivians are staying busy this week. They’ve served breakfast to classmates and attended a carnival. Today, they’re passing out T-shirts to get everyone pumped up for homecoming.

As king and queen, Daniels and Vivians will be responsible for organizing a service project together. They’ll plan that after the festivities of this weekend are over.

Daniels’ mother will escort him across Scott Field.

His brothers in his frat house have been enjoying Daniels’ celebrity this week. They’ve been bowing down to him as he enters a room.

“They normally give me a hard time anyway,” he said. “

After graduation, Daniels plans to go to nursing school and work in Mississippi for two years as part of  grant requirements to pay for his education. Then he’d like to be a traveling nurse, working around the country.

Eventually, he’d like to go back to school for a Master of Science in nursing degree and settle into a career as a nurse practitioner. 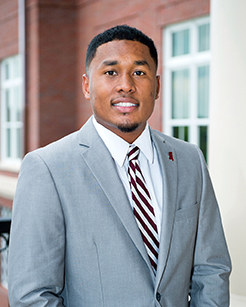 Lindsey Head Start held its 50th anniversary celebration this week with a program put on by the 3-, 4- and... read more