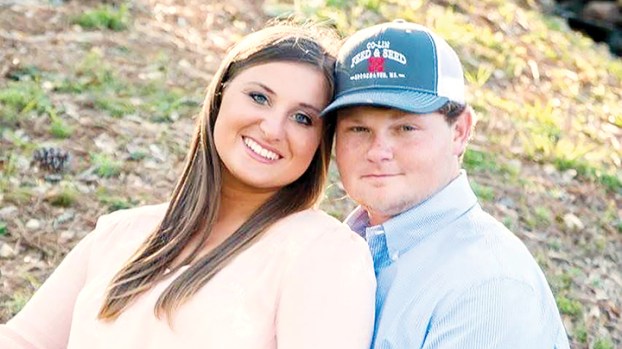 Rodney Taylor announces the engagement and approaching wedding of his daughter Kaitlyn Taylor, of Crystal Springs, to Braxton Foster, of Brookhaven.

She is also the daughter of the late Leslea Taylor. He is the son of John and Stephanie Foster.

The bride-elect is the granddaughter of Clyde and Becky McIntyre, Louann Taylor and the late Jack Taylor.

The prospective groom is the grandson of Jim and Alice Jones, Mary Lou Hall and the late Larry Hall, the late Braxton Foster and Betty Anding Foster.

He is a 2013 graduate of Enterprise Attendance Center and a 2016 graduate of Copiah-Lincoln Community College and Western Governors University with a degree in education and coaching. He is employed as an English teacher and coach of baseball and softball at Copiah Academy.

The couple will ex-change vows on Saturday, Nov. 11, 2017, at 4 p.m. at Ole Towne Church in Brookhaven. A reception will immediately follow. All friends and family are invited to attend. After a honeymoon trip to Gatliburg, Tennessee, the couple will reside in Brookhaven.

In his book about what some call Mississippi’s “most distinguished building,” John Ray Skates describes the Old Capitol as reflecting... read more