‘She’s the protector of the house’ — Sarah is one of many ghost stories shared by Brookhaven, Lincoln County locals 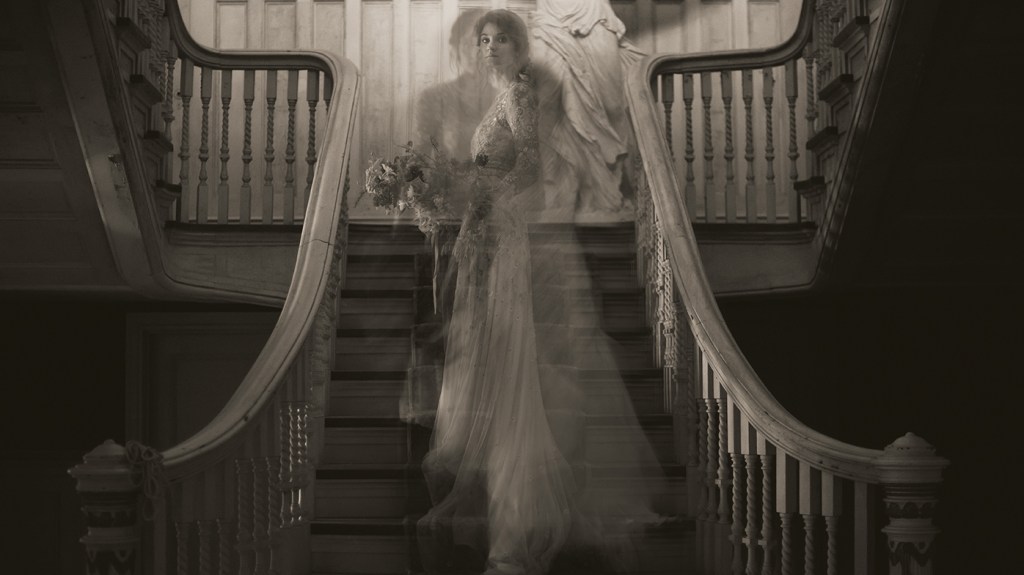 Have you seen Sarah?

She’s known to roam the house on Storm Avenue, tap dancing in the attic and running up and down the grand staircase of her former home.

She wears a blue dress and she will occasionally play harp music, according to the stories told for years in hushed whispers among Brookhavenites.

Sarah is just one of the ghostly phenomenon people talk about this time of year. There’s the man with the lantern on the Beauregard train tracks, the ghost in Old Wesson School and the corpses buried under the Bogue Chitto football field who may have saved at least one game.

The tales are taller than the Edgewood mansion and as believable as snow in December in these parts, but that doesn’t keep them from being retold.

Stacie Cross has heard the whisperings, but they didn’t come from Sarah. The ghost has never spoken to Cross or her husband, Jeff, who bought Edgewood last year to return it to its glory as an event venue.

“We haven’t encountered anyone but that doesn’t mean others haven’t,” Cross said.

The house at 412 Storm Ave. is known by a few names — Edgewood, Butterfield, the Lovell House and the Indian Doctor’s home.

Begun in 1908 and finished in 1912, the house was the dream home of Vivienne H. Butterfield, the young second wife of wealthy lumber baron Charles S. Butterfield. Butterfield spared no expense to construct the Greek Revival structure, even bringing in artisans from New Orleans to hand carve moldings.

The Butterfields sold the home and moved to Florida some time after 1918, and the house has changed ownership a few times over the years since.

Harry P. Hannon — the “Indian doctor” — practiced medicine in the house in the years before David Lovell purchased it in 1955.

Hannon died in the home, in one of the second-floor bedrooms.

Cross thinks Sarah was a servant for the Butterfields, who became their cook.

A young woman named Sarah is listed on Census records during the time the Butterfields lived there, Cross said.

“She’s the keeper, the protector of the house,” she said.

Cross hasn’t slept in the house but she’s been there when it’s dark. Her husband has stayed the night in the carriage house but can’t report anything out of the ordinary.

“I am not sure how the story originated about Sarah. I think Charlie Wilson said David [Lovell] told him about her. Charlie said she whispers and she is very sweet,” Cross said. “He said she slept next to him and wouldn’t allow him to go to the carriage house. “

Don’t stand on the 40-yard line on the west end of of Troy Smith Field at Bogue Chitto High School. Those who dare may feel a shove from the ghosts of Bennett Hilliard Bilbo and Chester Bisbee. The men passed away prior to February 1883 and are buried under the turf, said Lincoln County School Superintendent Mickey Myers.

The land was owned by JGH Sasser, who deeded it to the Bogue Chitto Consolidated School with the condition that 15-foot-by-15-foot plot be kept for the graves of Bilbo and Bisbee.

Sasser had family ties to one of the men and Census records show that the other man had moved to Bogue Chitto from Pass Christian, Myers said.

Somewhere along the line, the plot — and the dearly departed — were forgotten.

Myers said someone eventually authorized school personnel to construct the football field, and the first game was played atop Bilbo and Bisbee in the fall of ’64.

“Documents indicated the graves are on the 40-yard line on the west end of the field,” he said.

No marker acknowledges their passing, but they have made themselves known on at least one occasion.

“I don’t know if it was Bennett or Chester, but there was a game near Halloween several years back,” Myers said. “The opponent was treading late in the ballgame. There was a gaping hole opened like the Red Sea and the ball carrier was headed for what would have been the winning score but lost his footing where the graves are supposedly located.”

Some nay-sayers attribute it to wet turf.

“Bogue Chitto went on to victory that night,” he said. “Some people speculate that Bennett and Chester may have had something to do it.”

The late J.W. Curtis, who was mayor of Wesson in the ’90s, told his stepdaughter Stephanie Holmes about a ghost he saw several times on the Beauregard train tracks. The ghost, according to legend, is that of Dr. Elias Rowan who was killed by an Illinois Central locomotive in 1912 as he was heading to the stop to collect a patient from the train. He didn’t hear the whistle and walked in front of the engine, waving the lantern and yelling, “stop,” just before it hit him.

Supposedly the Old Wesson School, originally built in 1889 and rebuilt in 1893 after it was destroyed by fire, has also caused a few chill bumps on late nights.

It was a school until 1964 and has been a community center and a premier events venue. Stephen Ashley, Wesson alderman-at-large, has told the media in recent years that he’s witnessed strange occurrences there.

He’s heard a piano playing inside the building, when no one was at the piano.

When he was in high school sitting with friends on the front steps under the second-story balcony, a hammer fell and hit the steps.

Others have heard voices.

Mayor Alton Shaw deals with fact and science. But what about the hammer, Mayor? How’d it fall?