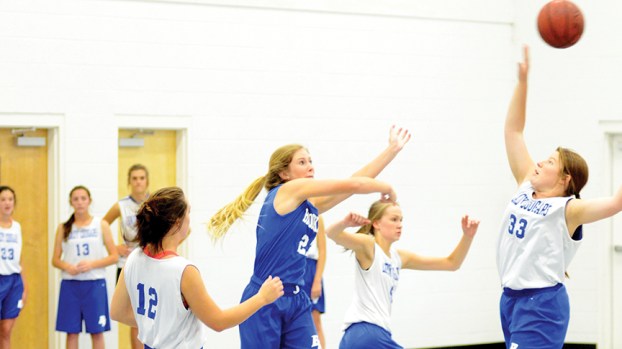 When a team drops down to a new division, life gets easier.

Suddenly all the opponents are over-matched, they’re a little slower, the schools they represent a little smaller. The big, resourceful teams are gone — unless you schedule them on purpose.

And that’s what Brookhaven Academy has done. Despite moving down into District 3-2A, this fall the basketball team will take on Jackson Prep, Parklane, East Rankin and Presbyterian Christian, all powerhouses from 4A, all with the potential to craft a Cougar-skin mop and clean the court.

They can also teach BA a lot about competing in big games.

“We are playing up, to help us prepare for the playoffs,” said Brookhaven Academy girls basketball coach Jason Case. “You only get better when you’re challenged, and we want to be challenged.”

The Lady Cougars are young, but they’re returning two solid starters from last season’s 14-win team and playing in a smaller division. Case, in his second year as girls basketball coach, has high expectations for the she-cats this fall.

“I tell the girls every day — perfect practice makes perfect. We are working each day to get ourselves ready to go into the playoffs,” he said.

The team will be built around a duo of returning forwards with good game experience. Senior Kailyn Jordan and junior Jana Case were starters on last season’s team, which made it to the postseason with a winning record in district play before being bounced out in a close game by Simpson Academy in the first round.

Beyond them, no other Cougar has any significant game experience.

“Any time you play young players, you have inexperience in games, in key district games,” Case said. “We hope that, by Christmas, we’ll be putting what we’ve learned on the court.”

On the practice court, Case stresses defense. His plan for the Lady Cougars is to play transition basketball, to apply half-court pressure and generate turnovers that will lead to breakaway runs and open layups. Taking the easy baskets will be important to the team’s success.

The inexperience of the roster should be negated by Brookhaven Academy’s move down into 2A competition, where the district rivals will be Clinton Christian, Prentiss Christian, Sylva-Bay and Newton County.

“I have some girls who are hungry to win. I’m really excited about the season,” Case said. “It’s a great group of girls, and as soon as they come together in team unity — everyone embracing their role and pushing forward — good things will happen.”

The Brookhaven Academy boys basketball team is in as good a shape as a team can be. After last season’s... read more