Whatever they’re called, the West Lincoln Bears piled them up last season in a 10-15 effort that ended in overtime at the hands of the Enterprise Yellow Jackets in the Region 7-2A quarterfinals. The leading scorers behind all that firepower are back on the court this fall as seniors and looking to set right the wrongs that cut last season short.

“We want to make the playoffs this season,” said head coach Brooks Smith.

The tip of the spear will be seniors Adam Martinez, Le’darrius Jones and Donterrius Taylor, who combined for 765 of the team’s 1,154 points in the 2016-17 season, or 66 percent of all scoring.

Martinez was responsible for 326 points, sinking 13.6 points per game while shooting 43 percent and grabbing more than five rebounds per contest. He was a member of the Magnolia Hoops Senior 60 Showcase during the summer.

Taylor followed closely behind in total scoring, tallying 246 while shooting 42 percent from the floor and pulling down five rebounds per game himself. Jones scored 193 in his junior year and hit almost 8 points per game.

“These guys were the leading scorers last year, and it will be the same this year, too,” Smith said. “Consistency is what I’m looking for from this group of seniors, for them to bring the same level of play every night.”

The next layer below the seniors also holds promise for Smith’s team. Garrison Coffey, the team’s only junior, is a shooter who can get hot, and Smith said they’ll feed him the ball as long as he’s on target. Sophomores Karlton Byrd and Anthony Hughes will also grab some playing time this season.

Byrd played in 21 games last season; Hughes, only 10. But the lack of on-court experience doesn’t worry Smith, who’s been coaching junior high and junior varsity and West Lincoln for six years. He’s trained his players just how he wants them.

“I’ve coached these boys for years — they know me, they’ve known me since they were seventh- and eighth-graders,” he said. “They know the systems we run.”

The systems the Bears run are fast. Smith wants to outrun opponents to the basket and score layups and open shots. He stresses easy baskets and ball security, attempting to get the most out of every possession.

Though the team has skill, it must work to succeed, Smith said.

“These boys can go far this season, depending on how much time they put into perfecting the craft,” he said. “We can have some of the best plays on the court, but if you can’t put the ball in the basket, it doesn’t matter. I can show them what to do, but they have to go do it.”

Smith knows West Lincoln is a “basketball school.” He attended and played there, and he wants the community to continue to support the Bears now that they’re his.

“Every time we play a game here, we have a big home field advantage,” he said. “I ask for the community to continue to support us like they always have.” 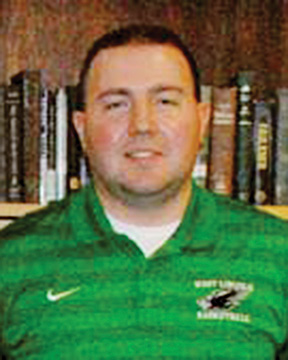 West Lincoln She-Bears young, but no strangers to the court

There are six of them. Katelyn Dickerson, Mattie Floyd, Megan Gerald, Skylar Hall, Makayla Shelton and Elizabeth Stogner are all... read more