After a decade as president of Copiah-Lincoln Community College, Ronnie Nettles has announced his plans to retire in June.

Nettles made the announcement during a meeting of the Co-Lin Board of Trustees at the Wesson campus Thursday.

”Everybody gets at that point in their career where they start thinking about when’s the right time to retire, and sometimes it’s already passed,” Nettles said. “My experience here has been tremendous. I think we’ve done a lot of great things and had a great team.”

Nettles commended his strong administrative team for that success of the college.

“They have worked tirelessly with our employees to help our college achieve national rankings in student completion rates, minority graduation rates and veteran’s services,” he said.

Nettles served as the director of the community and economic development on the Wesson Campus from 1994-1997. When Howell Garner became president in 1997, he moved to Natchez to serve as the dean of the Natchez campus. Nettles moved back to the Wesson campus as executive vice president from 2004-2008.

During his tenure as president, Co-Lin has seen growth in enrollment to an all-time high, increase in the Co-Lin Foundation’s endowment to double to over $8 million, instituted new instructional programs and services that have increased student graduation rates, and construction of new buildings and other renovations on all three campuses.

Nettles said he’s not unhappy at Co-Lin, but he feels he’s at a point in his career where he believes it’s time to move on.

“I’ll still be here for the next seven or eight months until June. I’ll be working very closely with the faculty, staff and students. My focus for the next eight months is going to be right here,” Nettles said.

Nettles said he was proud of his efforts to increase student enrollment to an all-time high of 3,799 in the fall of 2010.

Over 6,500 students graduated with a degree or certificate under Nettles’ tenure as president.

“Co-Lin will always be very special to me and my family. I did not do my job alone. The accomplishments are a reflection of the work of an outstanding faculty and staff at Co-Lin,” Nettles said. “Co-Lin has a strong foundation built on a rich history with wonderful employees, alumni and students. I am confident that Co-Lin will build on that foundation for many years to come.”

Nettles and his wife, Rosie, were inducted into the Co-Lin Foundation Hall of Fame in 2016. They are parents of two children, a daughter, Jordan and a son, Brandon.

They are members of St. Francis Church in Brookhaven. 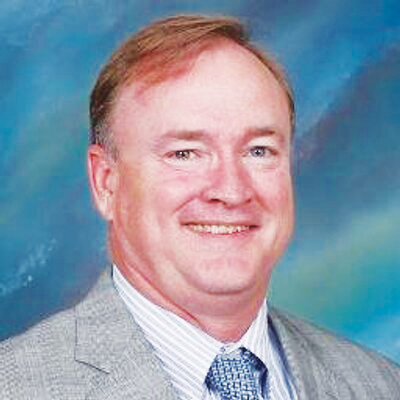 Teacher: ‘It was a ministry for me’

A longtime director and teacher at Faith Presbyterian Kindergarten is sharing funny memories from the students she taught in her... read more