On Saturday, she outran 91 other girls to become the first-place 5K runner in 2A cross-country in Mississippi.

“I tried not to think about the pain. I could feel it, but I just chose to ignore it,” she said. “It’s better now.”

Running through the pain, the Loyd Star phenom finished the 3.1 miles in 20 minutes, 50 seconds, a full 19 seconds ahead of second-place finisher Sarah Duley, a senior from East Union. The two runners were almost even for a while, but Britt eventually pulled away and stayed away to become the 2A champion.

“I guess I did OK. I just thought about the finish line the whole way through,” she said.

“I couldn’t be more proud of Aubrey’s determined spirit,” she said. “She’s a winner, and never a quitter.”

The Loyd Star girls team finished seventh out of 12 girls teams in 2A.

The West Lincoln Bears also had strong times at the championship meet, with the boys’ team finishing second of 15 2A teams, behind St. Patrick. Three of the West Lincoln boys finished in the top 10.

“We’ve had a good year, and I’m proud of all the running Bears,” said West Lincoln cross-country coach Greg Allen. “It takes a special person to be a runner. With no seniors on our team, the future looks bright.”

“This year is bittersweet because this group of seniors is the core of this team,” said Enterprise coach Karen Dunaway. “I will miss their leadership and dedication.”

Dunaway hopes to recruit athletes into cross-country from other sports, and hopes those other coaches will recognize that participation in cross-country makes for all-around better athletes.

“Cross-country is the most difficult sport — you compete as a team, and as an individual and against yourself. It takes commitment,” she said. “That can be hard at smaller schools, where you have to share athletes between seasons. Sometimes kids are forced to choose one sport against another.”

In 3A competition, the Wesson Cobras placed both their teams — the girls finished 11th of 13 teams, while the boys finished 16th of 17 teams. Coach Vance Windom was pleased with his teams, who are in only their second year of competition.

“We’ve had a lot of improvement from last year and I’m proud of our kids. We will keep working during the offseason, intensify our summer workouts and keep gaining miles,” he said.

In 4A competition, Lawrence County’s Ryan Huffstutler was the only Cougar to compete. He finished 111th of 150 runners with a time of 22 minutes, 20 seconds. 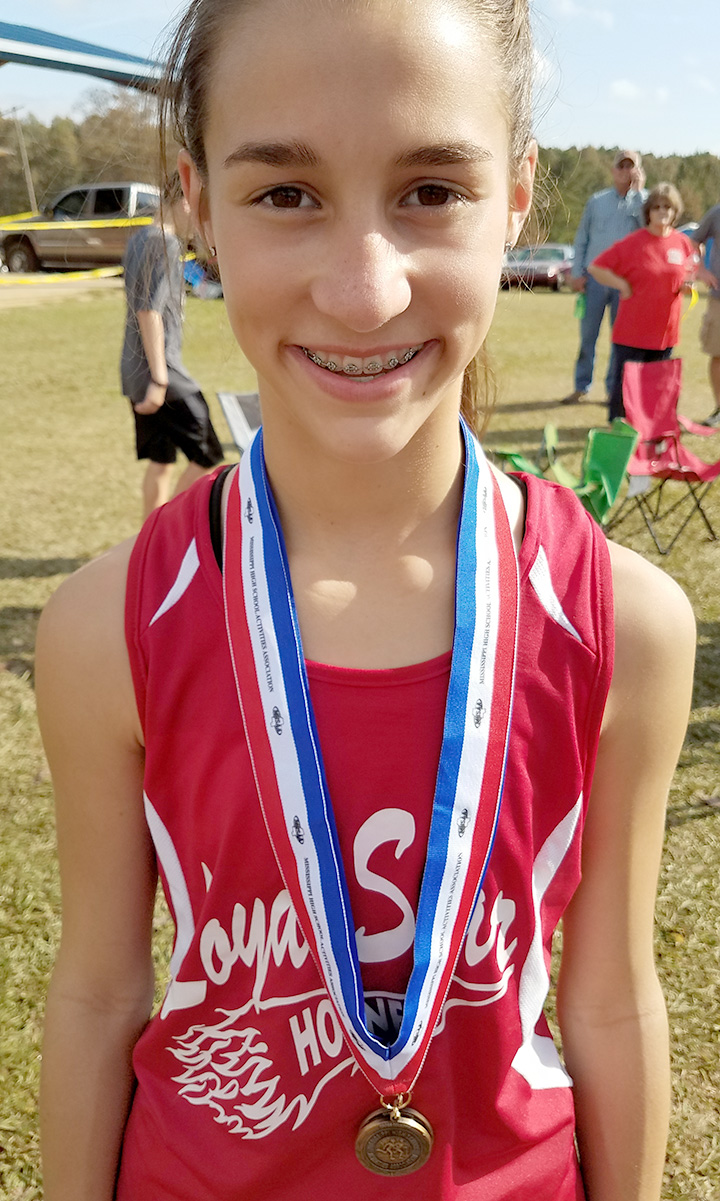 He shoots, he scores