William Durr to be honored on Washington, D.C. memorial

A Lincoln County deputy will be honored in the spring at the National Law Enforcement Officers Memorial in Washington, D.C.

Deputy William Durr will be one of several slain officers commemorated at a remembrance celebration in Washington during National Police Week, beginning May 13.

Durr served four years with the Lincoln County Sheriff’s Office until his death May 28 while responding to a domestic call. He and seven other people were fatally wounded that weekend. He was 36.

“He was just a great officer and a great person,” Lincoln County Sheriff Steve Rushing said. “He’s greatly missed all over the county, not just at the sheriff’s office.”

The National Law Enforcement Officers Memorial — which rests on three acres in the heart of D.C. — was publicly dedicated in 1991 and bears the names of federal, state and local law enforcement officers who died in the line of duty. Durr’s name will be carved into the marble walls of the monument in May, where they can be read alongside American officers dating back to 1791.

Durr’s widow, Dr. Tressie Hall-Durr, said the national tribute “is an absolute honor for me as his wife and for us as a family.”

Officials from the LCSO were responsible for submitting Durr’s name for inclusion in next year’s commemoration, and they are pleased the memorial’s selection committee has chosen to honor him. The Durr family received an invitation to attend the memorial service. Lincoln County supervisors Monday approved Rushing’s appearance at the ceremony.

“It’s a really tough loss,” Rushing said. “It’s an honor to be involved in the memorial, but the circumstances are difficult.”

Durr’s dedication is part of a larger initiative, started in 1962 by President John F. Kennedy, to publicly recognize America’s fallen police officers. Rushing and the Durr family will join a crowd numbering between 25,000 and 40,000 for the memorial service.

“I’m going off of last year’s itinerary, but, as far as I know, they’ll do a candlelight vigil on the night of the 13th,” Rushing said. “Then, the following Tuesday, they’ll do an official memorial service. In between, they’ll do events for officers and family members.”

The Durr family expects more details regarding the ceremony by January, but they look forward to spending National Police Week in D.C. According to the memorial’s website, nearly a quarter million people visit the National Law Enforcement Officers Memorial every year.

To donate to the memorial, visit nleomf.org/memorial. 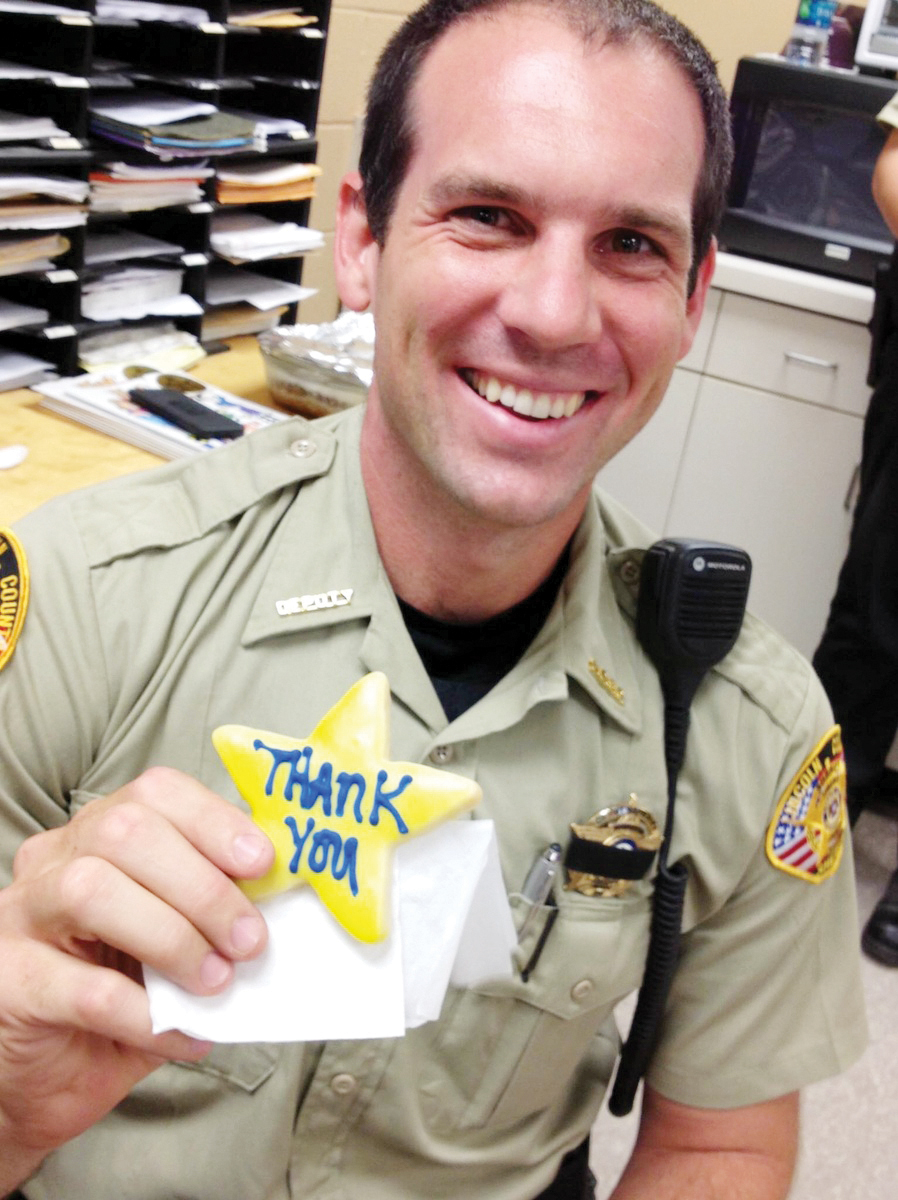 For 15 years, customers have discovered a trove of treasures in Angels Attic. The resale store has been operated by... read more