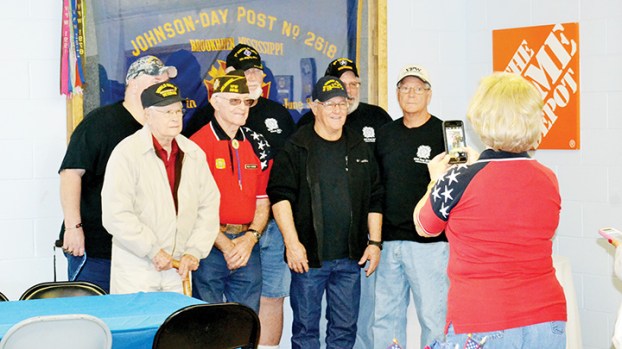 With its national membership rapidly aging, the Brookhaven VFW wants to engage with young, local veterans.

The Veterans of Foreign Wars of the United States is a nationwide, nonprofit organization that traces its roots to the Spanish-American War of 1898. The purpose of the VFW, as outlined in its mission statement, is to foster camaraderie among United States veterans of overseas conflicts and to advocate on behalf of all American veterans.

The Brookhaven VFW — named in memory of Capt. Danny D. Entrican — meets the second Tuesday of each month at 5:30 p.m. at 728 Industrial Park, and they are currently hoping to connect with some of Lincoln County’s younger veterans.

“There’s been a general consensus over the past 40 years that the VFW is a place for older vets to hang out and play pool, but it’s more than that,” said Xifos, the supervisor for Brookhaven’s water and sewer department.

A few of the organization’s outreach programs involve fostering troop support, community service and veteran education. They even help struggling veterans get back on their feet.

“For example, we’ve gotten food for vets who’ve been down on their luck,” Brookhaven VFW recruiter Greg Marlow said.

The VFW also has a strong presence at the nation’s capital, where they lobby for causes important to the long-term well-being of American veterans. According to the organization’s website, in the past 12 months alone, they have testified in front of Congress 26 times.

Meanwhile, according to Marlow, about one-third of the national VFW membership is comprised of men who served in WWII.

“What do you think is going to happen in 10 years,” he said. “We’re going to lose our voice in Congress if we don’t get young vets involved and interested.”

Marlow believes more young veterans ought to get involved in the VFW, because the organization can have a positive impact on their lives.

“The voice of the VFW is not just for elder veterans,” he said. “We’re a voice for all veterans.”

As a nonprofit, the VFW mainly relies on donations to cover costs. Marlow said most of the Brookhaven VFW’s proceeds come from renting their building for local events.

Once a year, in October, they host an open house and sell raffle tickets. This year’s open house raised nearly $5,000, and Marlow said donations are always welcome anytime.

“The more we have, the more we get to help veterans,” Xifos said.

“When you’re around a bunch of guys and girls who’ve served, there’s just a special bond we all share,” he said. 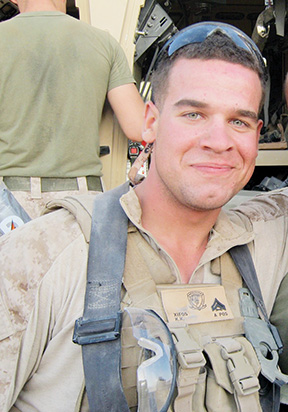 Lincoln County approves $900K for work, to include buying property and replacing the roof of the jail

In the coming months, close to $1 million will be spent on county projects, including replacing the Lincoln County jail’s... read more