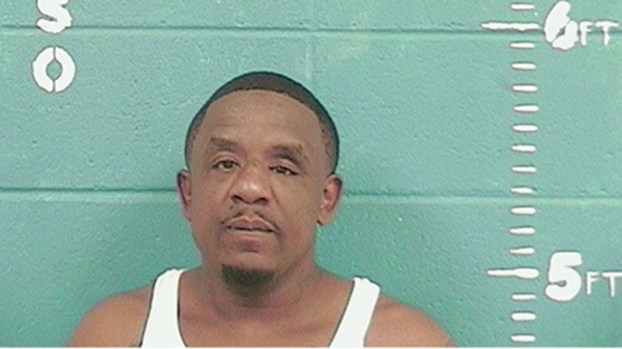 A Bogue Chitto man rammed his girlfriend’s vehicle late Saturday night with her in it and then hit a Brookhaven Police Department Ford Explorer, causing injury to the officer, authorities said.

“It spun it around in the road,” Chief Kenneth Collins said.

The officer was treated and released at King’s Daughters Medical Center early Sunday morning, he said.

The woman was not injured.

Police arrested Jeffery Paxton, 37, of 1150 Hog Chain Road on charges of aggravated assault on a law enforcement officer, domestic violence, no driver’s license, no proof of liable insurance, possession of a controlled substance, reckless driving and failure to appear.

Collins said a woman called police while driving, saying her boyfriend threatened to run her down. Paxton apparently saw her as she passed by a convenience store on her way to meet police.

“He ran and got in his truck and started chasing her,” Collins said.

Police were waiting to intercept her at Hwy. 51 and Industrial Road.

“He rammed her car in front of the police officer,” Collins said.