The Lincoln County School Board doesn’t know how its trustee election schedule got out of whack, but it’s trying to get it back in order, its attorney said.

Jim Keith isn’t sure how the board went awry with its elections.

“We cannot determine that,” he said. “We are working with the attorney general’s office.”

Seats held by Kay Coon (District 1) and Johnny Hart (District 2) should have been up for grabs in 2016, according to the Secretary of State’s office, but Lincoln County’s rotation was out of sync with the rest of the state.

County school board members serve for six-year terms, but the elections for Coon, who is serving as president, and Hart weren’t held until 2012, and their term didn’t start until 2013. This puts the end of their term on the first Monday 2019.

There are similar issues for the other districts. Elections for Districts 3 and 4 should have taken place in 2012, but they took place in 2015. District 3 board member Ricky Welch, who was re-elected to another six years, and District 4 board member Diane Gill have been serving on the board for this term since January 2016, and their term will not expire until 2022.

District 5 board member Joanna Posey was appointed to the seat in January. Her father-in-law Michael Posey was elected in 2010 and his term started in 2011. However, the District 5 election should have been held in 2014. Michael Posey’s term should have expired at the end of 2016 but if elections had been held for District 5 in November 2016, the seat would remain out of sync with the rest of the state.

Keith admits it’s a mess and one the state AG’s office is looking at.

“We’re just trying to clean it up,” he said. “The board would love to get this back in sequence the way it should be.”

Keith met with Attorney General Jim Hood last year to come up with the proposed solution.

“We came up with a method for trying to get them back into sequence,” he said.

When a board member’s term expires, the board will appoint someone to fill the vacancy until the correct election date, he said.

This puts the next LCSD school board election in 2020 for District 5. That board member will start on the first Monday of 2021.

That means from 2019 to 2023, a majority of the board members will be appointed by the board and not elected by the public.

“To be fair to the current board members — to allow them to serve their complete six-year term, our board attorney made a proposition to Jim Hood’s office and it was accepted,” Lincoln County School Superintendent Mickey Myers told The Daily Leader last year.

Keith said the board is not trying to be “underhanded” in its elections and is working with the AG’s office to straighten out the mess.

“We’re just trying to get things lined up,” he said.

Keith said the problem may have come in the ‘80s when the county school board switched from at-large seats to district seats. That occurred in 1988, he said.

“I think people resigned during the middle of their terms and they appointed people to serve the rest of the term,” he said.

Keith said some of those wound up serving a full six-year term rather than the unexpired terms of the person they replaced.

Keith plans to visit Hood’s office again later this month to go through records to uncover the reason for the problem. 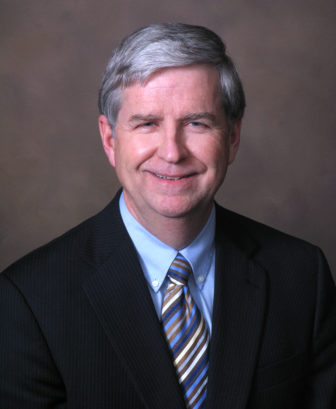 Board of Supervisors proclaims Lincoln a Purple Heart County

Lincoln County will soon become a dot on the Purple Heart Trail. At a Veterans Day lunch Saturday at Lincoln... read more