Funeral services for Anne Allen Thames, of Madison, are Wednesday, Nov. 22, 2017, at 11 a.m. at First Baptist Church of Madison with burial at 3 p.m. at Monticello City Cemetery in Monticello. Parkway Funeral Home in Ridgeland is in charge of arrangements.

Mrs. Thames, 78, died Sunday, Nov. 19, 2017. She was a lifelong Mississippian, born Sept. 12, 1939, in Lawrence County to Cecil Roe Allen and Angilena Jolly Allen. She attended elementary school in Silver Creek. After the death of her father, when she was in the second grade, she and her mother moved to the Gulf Coast to be near relatives. She enrolled in Gulfport City Schools, where she remained through the 11th grade. At that time, she and her mother moved back to Lawrence County and she graduated from Monticello High School, where she was voted Miss Monticello High School and was a cheerleader. It was there that she would meet her future husband, Billy B. Thames, in 1960.

She worked for a while at Copiah-Lincoln Community College in Wesson as director of alumni affairs, foundation assistant, and later, as director of the school’s Learning Center. She taught elementary school in the Copiah County schools, Lincoln County schools and Brookhaven schools. She was involved in many civic organizations while in Wesson, including the Wesson Garden Club and DAR, and was an active member of Wesson Baptist Church.

In 1997, they retired and moved to Madison. While in Madison, she was an active member of First Baptist Church of Madison and taught the Ladies Truth Seekers Sunday School Class for many years.

She was loved by so many for her kind, caring and compassionate ways.

She was preceded in death by her parents; half-sister, Mary S. Parkman, of Monticello; and half-brother, Charles T. Allen, of Hendersonville, Tennessee.

In 1997, Dr. and Mrs. Thames established a faculty scholarship at Copiah-Lincoln Community College. In lieu of flowers, contributions can be made to the Billy and Anne Thames Faculty Scholarship Fund and mailed to Copiah-Lincoln Community College, P.O. Box 649, Wesson, MS 39191 or to First Baptist Church of Madison, 2100 Main Street, Madison, MS 39110.

The family would like to express their sincere thanks and appreciation to Dr. Tammy Young and the staff at Jackson Oncology for the amazing care they provided to Anne. Also, the family wishes to thank the staff at Mississippi Baptist Medical Center, fifth Floor Oncology, for the tremendous care and support they provided. 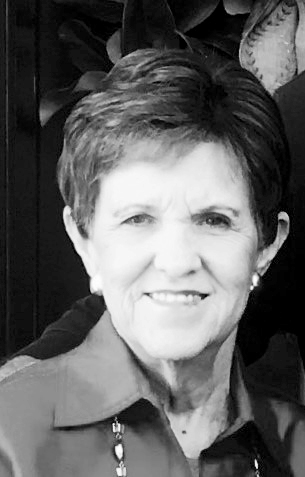