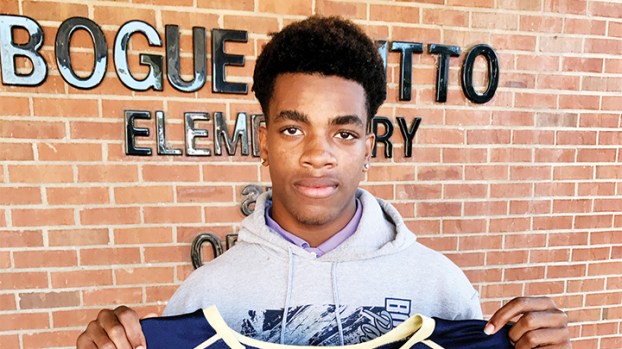 A Bogue Chitto athlete and his younger cousin were severely injured in an ATV accident Sunday evening in McComb.

LaFredrick Dillon, a junior basketball and football player, was airlifted to University of Mississippi Medical Center Sunday with severe damage to his left leg. Doctors were not able to save it and his leg was amputated below the knee, his mother, Rebecca Lang said Monday.

Dillon and his cousin were on an all-terrain vehicle which collided with another vehicle at the intersection of North Live Oak Street and Maddox Avenue about 6 p.m. Sunday, said investigator Sidney Boyte with the McComb Police Department.

The accident remains under investigation.

Dillon also suffered a gash on his forehead, broken bones in his right foot and a fractured hand and wrist. His cousin is recovering from his injuries at Batson Children’s Hospital.

Though Dillon’s injuries are severe, his mother is is thankful he is alive. She said she is more aware of how precious life is.

“I didn’t realized that until he made me realize that,” she said.

She does not know how long he will be at UMMC. He will need counseling to deal with the loss of his limb and therapy to learn to walk with a prosthesis, she said.

Lang said her son is “up and down” since the surgery and expects that he’ll face a long recovery.

“Just continue to pray for him, that’s all I can ask,” she said.

“I’m certain that everyone in the Bogue Chitto community is praying for him and his family,” he said.

Dillon was the starting running back this year for the Bogue Chitto Bobcats. He started on the team as a freshman.

This year he led the team in rushing with 730 yards and scored seven touchdowns. He also played on defense and recorded 69 tackles, caused two fumbles and recovered three fumbles.

He’s also a member of the Bobcat basketball team.

Basketball head coach Mark Pitts is putting details together for a fundraiser for Dillon’s family to help with medical costs and travel.

Several offices, all schools in Lincoln County and Brookhaven closed for Thanksgiving

With turkeys crackling in fatless fryers and people gathering to give thanks with loved ones, everything seems to slow down... read more