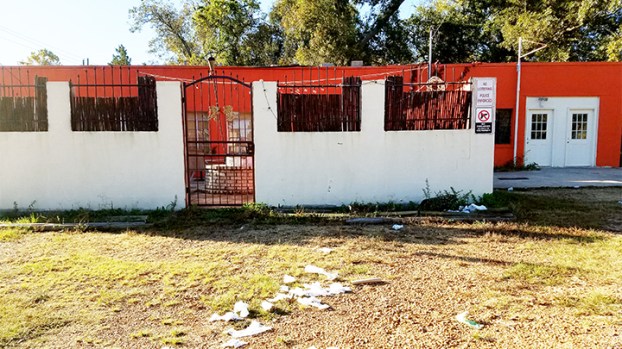 A fatal shooting in the early hours Friday at a private party in Brookhaven has prompted the city’s police chief to suggest the need for paid security at events where alcohol will be available.

Billy Thomas of Brookhaven died following a shooting at the Oasis Club on South First and Martin streets that occurred as the club owner, David Holloway, was shutting the party down just after midnight Thursday.

Suspect Justin Anderson allegedly shot Thomas and six other people. Five of those were treated and released at King’s Daughters Medical Center, Police Chief Kenneth Collins said. Thomas and the other victim who was seriously wounded were taken by air ambulance to University of Mississippi Medical Center.

Collins said the shooting apparently stemmed from a verbal altercation inside the club that turned deadly.

He does not know if the event was staffed by security and if so, if it was adequate for the number of people who attended.

Holloway said he has “no loitering” and “no firearms” signs posted around the building. He also requires that renters provide security at events with alcohol.

“They’ve got to have security and pat down,” he said.

City Clerk Samantha Melancon said it’s the owners’ discretion to provide security at events within the city limits. That’s something Collins would like to see change.

He plans to talk to Mayor Joe Cox and the Board of Aldermen about passing a law that would require club owners or the renters of the facility to provide security at events where alcohol will be consumed.

Security may be required at city-owned rental facilities such as the Brookhaven Building, the Bi-Centennial Building, the Recreation Center Building or the Depot, depending on the event, said Matt Shell, executive director of Brookhaven Parks and Recreation.

While the burden to create a safe atmosphere falls on the renter, the Brookhaven Park Commission can step in and require — and even provide — security, for a fee.

According to the contracts for all four facilities, the Brookhaven Park Commission reserves the right to provide security — at the renter’s expense — for any function which the Park Commission deems necessary to guarantee the health, safety and welfare of both the participants and the facility. The cost of the security to be provided will be set at a reasonable fee in relation to the event and will be paid in advance by the renter as a deposit.

Alcohol is prohibited at the Depot and the Bi-Centennial Building. Renters at the Brookhaven Building and the Recreation Center Building must notify Shell’s office if alcohol is to be served.

Executive Director Quinn Jordan said the Lincoln Civic Center, which is uniquely situated within both the city and county limits, does not allow alcohol to be served at events. He said renters are responsible to maintain order at events, but said Lincoln County Sheriff’s deputies patrol nighttime events.

Fresh Christmas trees still the favorite for some

Many people start the holidays by pulling out a boxed Christmas tree, untwisting its wire branches and figuring out which... read more