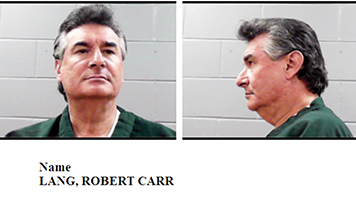 A Crystal Springs man with Brookhaven connections has a court date in December on one charge of stalking and two counts of disturbing the peace, according to an arrest record from the Rankin County Sheriff’s Department.

According to Richland police, Lang was arrested due to complaints in both cities of stalking women in stores there and making unwanted advances or comments.

Richland Police list Lang as a resident of Crystal Springs, while Rankin County jail puts him as living in Brandon.

Richland says more charges could be forthcoming and both agencies ask for help from anyone with information regarding these or similar incidents.

In 2006, the Langs were sued by a female employee who claimed she was assaulted by Lang at her apartment. She also sued both for conversion of her property, negligent and intentional infliction of mental illness and failure to carry out the business relationship in good faith.

The appeal was denied in 2014, according to court records.

Correction: A previous version of this story did not include information about ownership of the business from the city’s records. Robert Lang was listed as a previous owner of  the business in court records but city records show Beverly Lang and Sue Lang as owners.

When Mississippi’s football program was in shambles back in July, Matt Luke took over as the interim coach, restored order... read more