The event — organized by library Assistant Director Katrina Castilaw — is funded by a $5,000 grant bequeathed to Lincoln County by the Mississippi Humanities and Bicentennial Counsels.

Much of the grant was used to purchase handmade display cases, carefully crafted by Wesson carpenter Keith Hart.

The remainder of the money went to accruing relevant artifacts for the library’s soon to be unveiled bicentennial exhibit, which the new cases will house.

“The displays are designed to fit at the end of our bookcases,” Castilaw said. “They’re built so they won’t have to be permanently installed.”

Long-term, the library plans to repurpose the bicentennial exhibit into smaller, mobile pieces that can be used to education area children.

“We did them like that so we could eventually take them to the schools, especially for history classes,” she said.

In keeping with the library’s mission to foster reading, the reception’s theme is “Literacy and Our Story.”

“We focused the items in the exhibit on things that contain printed words,” Castilaw said. “Something may have been appropriate to history, but, if it didn’t have a word attached to it, we left it out of the display.”

The exhibit — which emphasizes the history of Lincoln County from 1817 to present — features objects like letters written during the Civil War and early 20th-century diaries.

“The whole thing is designed to show progress,” she said.

When choosing items for the display, Castilaw said she and her team made a concerted effort to highlight little known bits of regional history.

“Around 1870, right after the Civil War, there were some local black men who were really well educated,” she said. “You don’t learn about that in normal school history, and I was amazed at all the obstacles those men had to overcome to achieve what they did.”

The whole point of the reception, according to Castilaw, is to spark community conversations about Lincoln County’s varied past.

“We want to get people talking,” she said.

Castilaw and Bettie Bullard of the Historical Museum will take turns speaking at the event, and, afterward, attendees are welcome to enjoy the newly-christened displays.

The reception kicks off at 5:30 p.m. at the library. It is open to the public and will include refreshments, courtesy of the Friends of the Library.

“I hope the community is proud of the exhibit, itself, and I hope they’re proud of what they find in the exhibit,” Castilaw said. 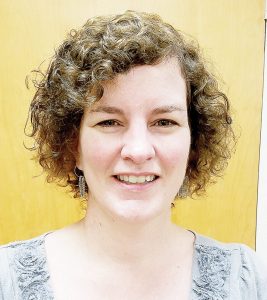 Brookhaven 16-year-old charged as adult after shooting at police

The Brookhaven youth who allegedly fired at police has been charged with aggravated assault as an adult. Michael “Mike Mike”... read more