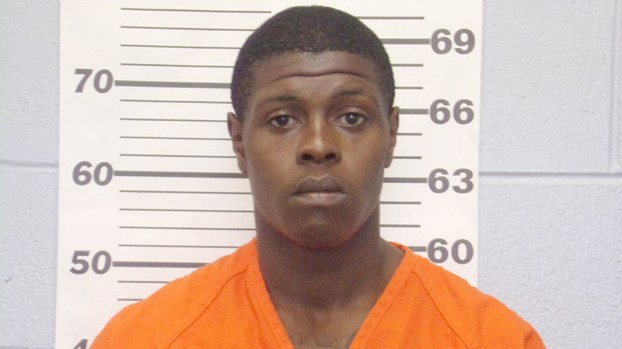 A man who shot a teenage driver near Family Dollar in Monticello Tuesday night is expected to have a court appearance today.

Demarcus Antowne Pittman, 22, of 60 Mount Holly Road in the Oma community, was arrested about four hours after he allegedly shot at a vehicle driven by an 18-year-old on Hwy. 184, which is Broad Street in Monticello, said Police Chief David Stanley.

Both the teenager and his 21-year-old passenger were struck with bullets fired from a handgun around 6:30 p.m., he said.

The driver managed to get them both to Lawrence County Hospital, which is about three-fourths of a mile from the scene of the shooting, he said.

That victim was flown to University of Mississippi Medical Center in Jackson where he was in critical condition Wednesday night. The passenger was treated at Lawrence County Hospital Tuesday night and released, Stanley said.

The police chief said the victims appeared to be the gunman’s target.

“This was not a random shooting,” Stanley said.

Lawrence County High School was put on lockdown Wednesday morning for over an hour after a student who may have witnessed the shooting arrived on campus.

Stanley said the school resource officer put the campus on lockdown “based on the fact that there is a student there who is in the presence of a shooting.”

Law enforcement were not alerted to the lockdown until it was nearly over.

“They told me they didn’t need me and everything is under control,” Stanley said.

“It was just a temporary thing,” said Lawrence County Sheriff Lessie Butler. “They just wanted to be safe and not sorry.”