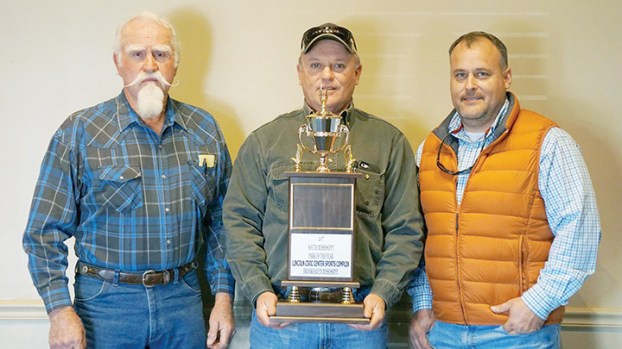 Lincoln County’s big, new baseball park has been recognized as the region’s best.

The United States Specialty Sports Association named the Lincoln Civic Center Baseball Complex its 2017 South Mississippi Park of the Year during an annual banquet in Biloxi last weekend. The USSSA handed over a tall trophy after voting by member teams’ players, coaches and parents determined the Brookhaven facility stood above the rest.

“It is a huge honor for our facility to beat out all the other facilities south of I-20, especially to be voted by our peers,” said Lincoln Civic Center Manager Quinn Jordan. “It means we’ve provided the best overall experience for individuals who drive in from Madison, from Louisiana, from all over the South.”

The facility’s construction caused concerns from some in Brookhaven’s community who feared children from low-income households would not be able to participate. Other spend-conscious citizens questioned its price tag.

Facility manager Eric Ates said the Lincoln County delegation in Biloxi heard much praise from families who have traveled to Brookhaven for games at the new park. He said the facility is nicer than ball fields in communities much more affluent than Lincoln County — people from Madison County bragged on the complex.

“That’s when you know you’re doing something right,” Ates said.

Ates said the facility has undergone constant maintenance and field care during the baseball offseason to get ready to reopen the first weekend in March. While the fields haven’t operated long enough to gauge if major changes are needed, small changes — like adjustments to the concession stand’s menu — are in the works.

“One lady told me having flavored coffee creamers would be a great addition,” Ates said. “I said, ‘Well, I can handle that.’”

Gerry Miller, financial secretary for the civic center and baseball complex, said the facility hosted close to 6,000 visitors during a single state tournament earlier this year, and as many as 60,000 people may have visited during the more than 800 games played there throughout 2017.

Concession sales for the year hit $123,000. That, along with other revenues like player fees and ticket sales, allowed the complex to break even with its operating budget.

“Not only are we generating revenue directly for the baseball program, but the tournaments bring people into restaurants, hotels, retail stores,” Miller said. “We’re attracting teams from all over the state, and from Louisiana.”

Miller’s a believer herself. With three children who play baseball and softball, her family has traveled to facilities in Atlanta, Orlando, Panama City and all over Mississippi.

“We certainly have the nicest ball park I’ve ever been to, and I’ve been to a lot of them,” she said.