Funeral services for Donald E. Sicks, of Brookhaven, will be Thursday, Dec. 21, 2017, at 2 p.m. at Riverwood Family Funeral Service in Brookhaven.

Mr. Sicks, 80, died Tuesday, Dec. 19, 2017. He was born Jan. 20, 1937, to Buford and Pauline Sicks. He served in the United States Army and was retired after 32 years as an engineer for Aetna. He had also worked for Boeing Air Craft for five years. He attended Southway Baptist Church and was a member of the Lincoln County Historical and Genealogical Society. He enjoyed playing golf, playing cards and reading.

Preceding him in death were his parents; and twin brother, David Wayne SIcks.

In lieu of flowers, the family requests that donations be made to Brookhaven Animal Rescue League. 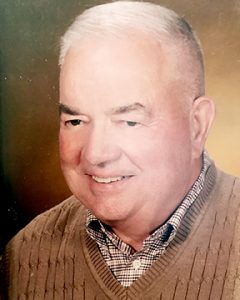