Mr. Bowman, 76, died Wednesday, Dec. 27, 2017. He was born Jan. 8, 1941, to William E. Bowman and Helen Farmer Smith. His stepfather was Fred L. Smith Jr. He retired after 35 years as a supervisor with the U.S. Postal Service. He was active in the community where he officiated at sporting events at various levels. His love of sports knew no boundaries. He could be found at any school watching a game and one of his favorites was Mississippi State. He served as a deacon at Central Baptist Church where he volunteered on several mission trips. He was a member at Macedonia Baptist Church.

He was a member of the Brookhaven Exchange Club where he served as president, vice president and was a recipient of the John L. Leary award. During the annual fair, he cooked thousands of burgers over the years for the community to enjoy. 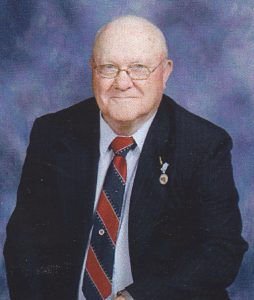