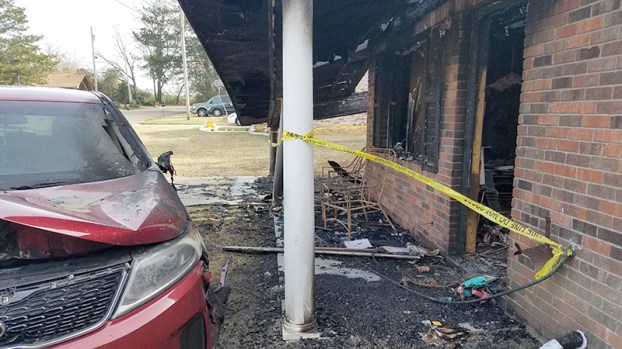 Photo by Donna Campbell/A home on Rance Drive in Brookhaven was destroyed by fire Saturday night.

A Brookhaven woman lost her home in a blaze Saturday night, officials said.

The homeowner is Ethel Richardson, he said.

Three engines and nine firefighters responded to the call.

‘They tried to fight it, tried to put it out,” he said.

Ainsworth said the fire appears to have started in the carport and raged through the kitchen and the living room. He and Fire Chief Tony Weeks will continue the investigation into the cause of the fire Tuesday.

He said a vehicle parked near the house was also destroyed in the fire.

The area that did not burn was heavily damaged by smoke, heat and water, he said.

Richardson and her family were out of the house when firefighters arrived.

Legislator expects to see ‘big topics’ in the year ahead

With the a new year laid before them, policymakers from across Mississippi will soon make their cyclic pilgrimage to Jackson.... read more