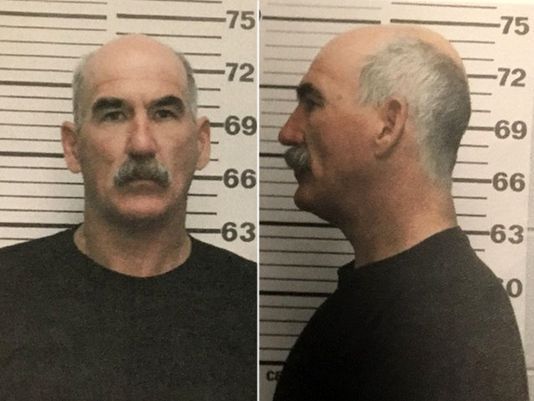 A man suspected of shooting to death and burning his neighbor over a land dispute died today from a self-inflicted gunshot, authorities said.

Tony Wilson, 56, of Frog Ridge Road, was found shortly after 8:30 p.m. in a camper on some property off Nell Lambert Road  within walking distance through the woods of his home, Lawrence County Sheriff Lessie Butler said. The camper and property are owned by individuals in Louisiana, he said. Butler did not know if they knew Wilson was there or how long he’d been there.

Butler said it appeared Wilson shot himself with a pistol after a SWAT team surrounded the camper.

Wilson had been on the run from authorities since he allegedly shot Henry Peavey to death Dec. 19 at Peavey’s late mother’s house. The body and the house were then set on fire, Butler said.

Wilson was also accused of beating Peavey’s wife, Kathryn, at the Peaveys’ home less than a half-mile away and then burning it with her inside, he said.

He was spotted today near Frog Ridge Road, according to a tip given to Mississippi Bureau of Investigations, Butler said.

“Somebody laid eyes on him,” he said. “MBI called. They got the tip.”

A K9 unit tracked him to the camp and a SWAT team surrounded it, he said. That’s when he believes Wilson killed himself, Butler said.

Butler had suspected that Wilson wouldn’t leave the area.

“That land dispute looked like an obsession that wouldn’t go away. It was like he wasn’t going to walk away,” he said.

Butler said Kathryn Peavey’s condition has improved slightly, according to one of her sons. She remains hospitalized in Jackson.

Butler is grateful to all of the law enforcement agencies that assisted in the hunt for Wilson.

The historical sign that marked the spot of the former Fair Oak Springs School needs a touchup. The green marker,... read more