Lincoln County chancery clerk says he will not seek re-election 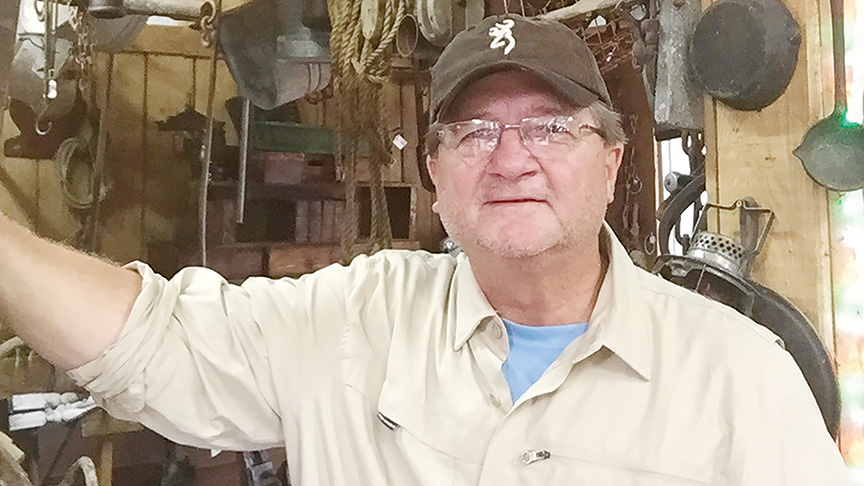 Photo by JoAnna Sproles/Lincoln County Chancery Clerk Tillmon Bishop is the owner of Pop's Shop. He buys and sells antiques at shows, Milltown Mall in Wesson, and at his shop and barn on Heuck's Retreat Road in Brookhaven.

A long-serving local politician has announced his intention to retire from politics at the end of his current term.

Lincoln County Chancery Clerk Tillmon Bishop told supervisors Tuesday he would not seek re-election in 2019. He plans to serve out the remaining two years of his term, then step aside when the next chancery clerk is sworn into office in early 2020.

“The reason I’m making that decision and telling you now is my wife, Rosemary, and I believe we needed to let the people of Lincoln County know our intentions because that’s only the right thing to do once we’re sure of the decision,” Bishop said. “We’ve enjoyed a lot of success in this arena, but we believe success without a measure of integrity means very little.”

Bishop said he’s been asked repeatedly about the 2019 election cycle, adding there has been lots of “meaningless talk” about his intentions.

“This will do away with that,” he said.

He said the decision to step away from public service was best for his family.

“My family is growing, and I want to be able to give them something to remember me by besides plaques on the wall,” Bishop said. “We have family scattered all over the southeastern part of the country. We’d like to spend more time with them. And also, to tell you the truth, we’ve got other things we’d like to do before the good Lord checks us out of this old world.”

During his announcement, Bishop said the next chancery clerk would step into an office that “runs like a top” because of his staff.

“My prayer is whomever comes in to replace me will treat them with respect and honesty,” he said. “The major thing that concerns me (about retirement) is the staff at the chancery clerk’s office.”