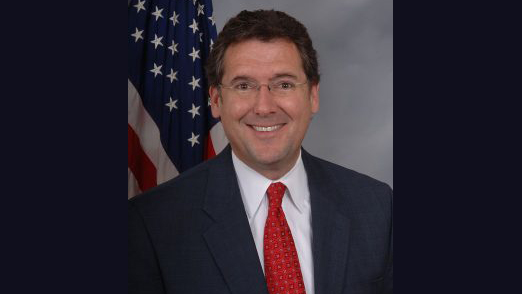 2 Brookhaven women could make a bid to run for Congress

Two Brookhaven public officials are on a list of possible candidates to run for Congress after U.S Rep. Gregg Harper’s announcement Thursday that he won’t run for another term.

State Sen. Sally Doty and Commissioner of Agriculture and Commerce Cindy Hyde-Smith, both Republicans from Lincoln County, are on a list of nine people who are thought to be contenders to run for Harper’s seat.

No woman has ever represented Mississippi in Congress.

Doty and Hyde-Smith are joined by State Treasurer Lynn Fitch on the speculative list, which was released by media hours after Harper’s announcement.

“It’s an honor to be considered for an office in which Congressman Harper served so well,” Doty said. “I’m talking to my supporters throughout the district and am praying and discussing it with my family over the weekend.”

Doty is in her second term serving District 39, which includes Lincoln, Lawrence, Copiah and Walthall counties. She was elected in 2011 to replace Hyde-Smith, who took the job as commissioner of agriculture.

Doty chairs the Senate Elections Committee and was a leading proponent of the divorce reform bill that passed during the last session. She played a key role in passing campaign finance reform last year, too, but killed House efforts to include early voting and online voter registration.

Doty is also an attorney at Brookhaven Law Firm.

Hyde-Smith served eight years as chairwoman of the state’s Senate Agriculture committee when she represented District 39 before Doty. She’d held the District 39 Senate seat since 2000. She is the first female Ag commissioner for the state.

Hyde-Smith received several calls of inquiry and encouragement after Harper’s announcement. She’s not ruling out a run for U.S. Congress.

“Agriculture is so important to this state,” she said. “Congressman Harper has always been an Ag champion. This is important to me.”

Harper was first elected in 2008. He said in a statement that he never intended to make a career in Congress, and “10 years will be long enough.”

Harper, 61, is chairman of the House Administration Committee, which held a hearing in November about sexual misconduct involving current members of Congress. Hours after the hearing, House Speaker Paul Ryan said the House will require anti-harassment and anti-discrimination training for all members and their staffs — a requirement that Harper supported.

“I believe we need mandatory training, and probably everyone here would agree,” Harper said at the beginning of the Nov. 14 hearing.

Harper said Thursday that as committee chairman, he has tried to make the House more transparent and accountable.

“I will work hard in a bipartisan manner over the remainder of my term to be a problem solver,” Harper said.

Harper became the 27th House Republican to announce a decision not to seek re-election this year, compared to 14 Democrats. With Trump’s popularity in the dumps and a string of election victories in recent weeks, Democrats have hopes of gaining the 24 seats they would need to win control of the chamber.

Harper, an attorney and former chairman of a county Republican Party, is an ally of Gov. Phil Bryant and U.S. Sen. Thad Cochran, who are also Republicans. He has been widely seen as someone Bryant might appoint to the Senate if Cochran retires before his six-year term ends in January 2021.

Cochran is chairman of the Senate Appropriations Committee. He turned 80 in December and has had health problems that prompted questions about whether he will remain in the Senate. Cochran missed some work in Washington during the fall because of urinary tract infections. He also had a non-melanoma lesion removed from his nose in early December, but was back at the Capitol to vote for the tax-cut bill that was signed by President Donald Trump.

Cochran’s chief of staff, Brad White, said this week that the senator intends to remain in office.

“As long as he can be effective and deliver for the state of Mississippi, that’s what he wants to do,” White told The Associated Press on Tuesday.

Cochran said in his own statement Thursday that Harper “is a good friend who has represented our state well.”

Harper and his wife have a 28-year-old son with Fragile X syndrome, a genetic condition that can lead to intellectual and developmental impairment. Harper started a congressional internship program for students with intellectual disabilities from the Mason Life Program at George Mason University.

Mississippi has one Democrat and three Republicans in the U.S. House. Harper’s decision not to seek re-election creates an opening in the 3rd District, which includes all of 20 counties and parts of four, making a diagonal across the central part of the state.

Most of the territory in the current 3rd District has been represented by a Republican during the past two decades, but parts of it were represented by a Democrat before Mississippi lost a congressional seat after the 2000 Census.

Candidates’ qualifying deadline is March 1. Party primaries are June 5, and the general election is Nov. 6. 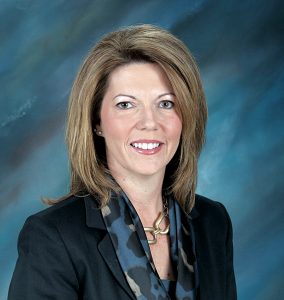 The New Year brought a big change to the Brookhaven Country Club. As of Jan. 1, Porches of Brookhaven has... read more