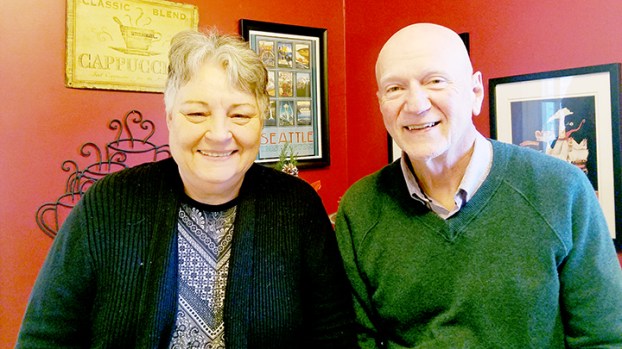 Photo submitted Nancy and Harold White work closely with NAMI Mississippi, and they will lead the 4Rivers support group in Brookhaven, starting Thursday.

For some, the topic of mental illness remains taboo.

But Harold and Nancy White — who work closely with the National Alliance on Mental Illness — believe misconceptions surrounding the subject are starting to shift.

In response to changing attitudes towards psychological health, NAMI 4Rivers will hold monthly support meetings at the Episcopal Church of the Redeemer in Brookhaven for the families of those who suffer from mental illness.

“Mental illness refers to a wide range of mental health conditions,” Nancy White said. “It includes many things, from anxiety disorders to schizophrenia.”

NAMI works closely with legislators to bolster federal, state and local funding for mental illness research and support. It also devotes much of its resources to mental health awareness and education.

“They say one in every four families are directly affected by mental illness,” she said.

The Whites are particularly passionate about helping local families cope with the effects of mental health disorders.

“We moved back to Brookhaven a few years ago, and, while we were living in Tennessee, we started going to a support group for families of those with mental illnesses,” Harold White said.

After returning to Lincoln County, the couple quickly realized the closest NAMI affiliate was located an hour away in Jackson. They began volunteering with the group, and were ultimately asked to found 4Rivers, which services the whole of Southwestern Mississippi.

“We were trained this past summer to lead a support group,” he said.

“The serious mental illnesses are brain diseases, not character flaws,” he said. “They affect the way you perceive reality.”

Mental illness is pervasive, and, sadly, the families of many sufferers often don’t know where to find help.

“When a person, especially a parent, realizes their loved one is suffering from mental illness,” Harold White said. “The first thing people often do is go into crisis, and they don’t know where to turn.”

So, to combat confusion and despair, the 4Rivers support group will provide affected families with an outlet for collecting advice and valuable information.

“It offers hope for recovery and a chance to develop coping skills,” Nancy White said.

“We try to provide some of the things they don’t offer,” he said.

Above all else, the Whites want people to know that there is hope for people suffering from mental illness and their families.

“If a person is in the recovery stage,” she said. “They can be very productive members of society.”

The NAMI 4Rivers support group will meet every second Thursday of the month from 6:30-8 p.m. For more information on the organization, please visit www.namims.org.

“There has definitely been a move towards taking away the stigma of mental illness,” Nancy White said. “And we would like to see that continue.”

Rep. Gregg Harper announces he will not seek another term in Congress