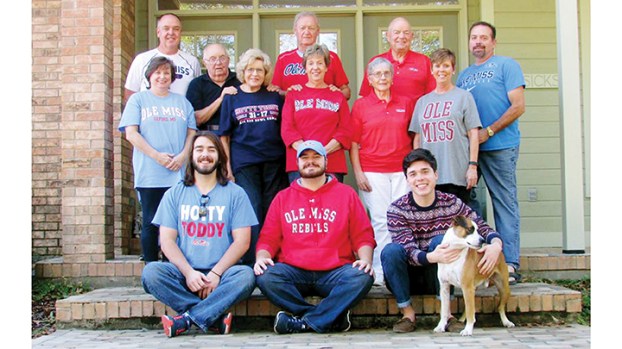 A Brookhaven King is in Washington, D.C.

A West Lincoln valedictorian is finishing his classes at Ole Miss from an apartment in Washington, D.C.

Jonah King, the son of Jeff and Angie King of Brookhaven, is spending this semester working as a Congressional intern for U.S. Rep. Steven Palazzo. In order to keep his full-time status for the University of Mississippi, he’s taking two classes online — introduction to religion and introduction to law enforcement.

King, 22, is a double major in political science and psychology at Ole Miss where he’s also on the Chancellor’s honor roll. He’s a recipient of the Mississippi Eminent Scholars grant and the Carl and Nancy Herrin scholarship.

“I enjoy political science because it kind of explains how governments work and why they often disagree and just the basic workings of the world,” he said. “Similarly, I enjoy psychology because it explains how we as individuals behave and why people think and do certain things.”

He became interested in the internship with Palazzo through conversations with an advisor at Ole Miss. He applied for the position and was one of three students chosen. The other two students represent Mississippi State and Southern Miss.

“There are three interns and there is one from each school, but that is not necessarily by design and just happened to be the way it worked out for this semester,” he said.

As an intern, King finds himself multi-tasking in the congressman’s office.

“Interns do a lot of things ranging from constituent correspondence either by phone or email, to summarizing bills for the review of the staffers and the Congressman, to taking notes in hearings, to giving tours of the Capitol,” he said. “Summarizing bills is somewhat challenging as you have to pick through some wordy portions to find the important information.”

He started Jan. 3 and will continue working until May 26. He’ll graduate from Ole Miss while still working in Washington.

King and the other interns receive a stipend to cover their living expenses. He shares an apartment in Arlington, Virginia, with another intern and takes the subway into work.

Though they work long hours, weekends are usually free. He visited several landmarks over the weekend — the Lincoln Memorial, the Washington Monument and the national mall.

“I also went to the (U.S.) Holocaust (Memorial) Museum, which is an extremely moving experience that I recommend to anyone who visits D.C.,” he said. “Touring the Capitol building has been the most fun for me so far. It is an amazing place to see and I recommend doing it if you have a chance.”

So far, King is enjoying his time in the Capitol.

“I thought this would be a great experience to learn more about our country and to meet a lot of people,” he said. “I think the connections made will be very helpful to me in the future and I also think this position will improve my communication skills.”

King plans to attend graduate school in the fall and work toward a master’s degree in political science.

His older brother, Aaron King, is a coach at Brookhaven High School.

The food and the memories were plentiful. The members of Beulah Chapel M.B. Church made sure of that. Pastor Charles... read more