Mrs. Smith, 87, died Saturday, Jan. 13, 2018. She was the daughter of Walter and Lexie Watts Posey. She was a loving wife, mother, grandmother and friend who will be dearly missed by all who knew her.

She is preceded in death by her former husband, Dennis I. Smith; parents; and sons, Keith and Michael Ray Smith. 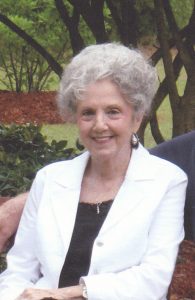