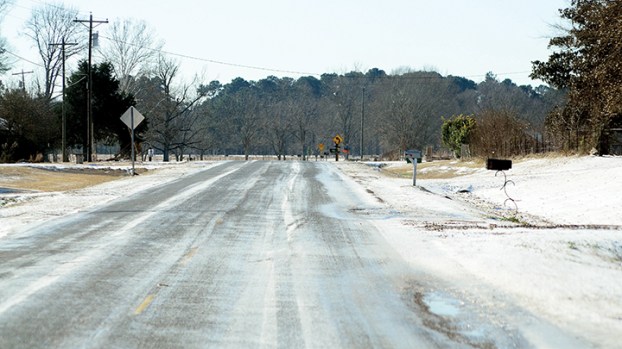 Galey, Lincoln County’s emergency management director, said he can’t prove it was the coldest it’s ever been in Brookhaven for this time of year, but it sure felt like it.

“It was 7 and 9 degrees in our cars Wednesday morning,” he said. “I don’t remember it ever being that cold since I’ve been here.”

He said single digits must break a record for Brookhaven for mid-January.

“It didn’t warm up above freezing until Thursday,” he said. “What was bad was it was freezing and stayed freezing for several days.”

The National Weather Service showed accumulated snowfall in Lincoln County varied between one to two inches. Brookhaven and south Lincoln County saw a heavier dusting than the north end of the county.

NWS meteorologist Mark McAllister said he doesn’t have a record of Brookhaven’s record. After checking a few sites on his computer, the best he can come up with is a record for Jackson.

In the state capital Wednesday, there was a low of 10 degrees. That tied the record low for this date in 1977.

He said McComb looked to be a low of 15 and Natchez was also at 10 degrees.

“So, I imagine the Brookhaven area probably got down to 10 to 12 degrees,” he said.

Galey said it was colder than that. He’s still got snow at his house that hasn’t melted.

An article published Dec. 19, 2014, said Brookhaven’s record high on Christmas was 81 degrees some time in the 1950s. The coldest Christmas was 1983 with a record low of 7 degrees.

Do you know if this week was a record breaker? Email donna.campbell@dailyleader.com.

A hard freeze warning will remain in effect until noon Thursday, which forced the cancellation of classes at many area... read more