A bill designed to stabilize funding to public education recently passed the Mississippi House of Representatives by a vote of 66-54.

“I applaud the tireless efforts of Representatives Currie and Mangold, who both serve on the House Education Committee,” Lincoln County School Superintendent Mickey Myers said.

The measure replaces the Mississippi Adequate Education Program with a new, weighted formula intended to allocate funding based on each school district’s cumulative student attendance and need for special resources.

H.B. 957 is projected to increase the state’s overall investment in education by over $107 million by its final year of implementation, still below fully-funded MAEP. It does not increase taxes and, among other things, is expected to provide a five percent increase to the salaries of public school teachers.

“I care a lot about education,” Currie said. “My entire family comes from the public school system, and I want our schools to know how much money they can expect to receive from year to year.”

According to estimates compiled by mississippitoday.org, under H.B. 957, area school districts should collect the following funding by the 2025-26 academic year:

“We are cautiously optimistic,” Brookhaven Superintendent Ray Carlock said. “While there is uncertainty about several aspects of the bill’s language and the amount of money each district will receive, we believe our representatives are working on our behalf.”

Myers recently attended a joint session of the House Appropriations and Education committees at the Capitol, and he, like Carlock, is wary yet hopeful about the long-term affects of H.B. 957.

“While I know Mississippi faces significant financial obstacles, with Medicaid and infrastructure, I crave education being a high priority,” he said.

The measure currently awaits senatorial deliberation, and its wording will likely undergo modification before it comes to an official vote. That being said, both Carlock and Myers are pleased that lawmakers are taking time to consider the value of public education.

“There will be a direct correlation in the economic prosperity of this state and our level of commitment to public school education,” Myers said.

The cost of keeping a modern school district operational is relatively substantial, and any budgetary cuts, however slight, have the potential to undermine the academic performance of an entire student body.

“The bottom line is that a loss of revenue will definitely have a negative impact on our district,” Carlock said.

The Mississippi House voted 66-54 to pass the bill that would rewrite the  funding formula. A yes vote was to approve the bill, while a no vote opposed that action. Voting yes were 64 Republicans and two Democrats. Voting no were nine Republicans and 45 Democrats. One Democrat did not vote. Only 55 percent of the House supported the measure and approved the rewrite. 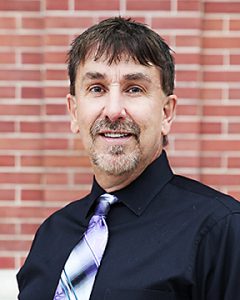 No one was injured when a car crashed into a building at the corner of Union Street and Hwy. 51... read more