Police are continuing to search for two suspects who escaped after a high-speed pursuit Saturday night that injured a Lincoln County Sheriff’s deputy and one other suspect, who was taken into custody.

Sheriff Steve Rushing said the deputy’s ankle was badly sprained when his car was rammed by the suspects’ black Chevrolet Tahoe and he was bruised up a bit, but no other officer was injured in the pursuit. The deputy’s car was totaled.

LaRon Smith was apprehended after the pursuit. His leg was injured and he was taken to a Jackson hospital, Brookhaven Police Chief Kenneth Collins said. Charges against Smith are pending, he said.

Police are searching for information on the whereabouts of Lattrick Williams and Christopher Stringer, the other two suspects who were in the black Tahoe.

Williams is a suspect in armed robbery at State Bank & Trust Co. Aug. 31. The bank’s Star Town branch at the corner of East Monticello Street and Dr. Martin Luther King Jr. Drive was robbed shortly before the bank opened that day.

Later in the year, he was indicted for possession of a firearm by a convicted felon.

Stringer’s name has also been tied to the 2015 murder case of Aquarius Nelson, though not as a suspect. Stringer was shot the same day Nelson was gunned down.

Collins said police acted on a tip that Williams and Stringer were seen riding around Brookhaven in a black SUV.

The Tahoe was spotted near Star Drive In on East Monticello Street shortly after 7 p.m. Saturday. Collins said officers pursued the vehicle along Green Street through the city to West Minnesota Street then to Hwy. 51. From there they followed the vehicle to Brookway Boulevard.

At least part of the chase occurred around 7:30 p.m. on Hwy. 51 as the suspects’ SUV sped through red lights onto Brookway Boulevard and then onto I-55 northbound with at least five Brookhaven Police Department vehicles in pursuit.

Collins said the SUV turned around on I-55 and headed south in the northbound lanes, traveling in the wrong lane of traffic at speeds of more than 100 mph until the Bogue Chitto exit.

By this time Mississippi Highway Patrol and Lincoln County Sheriff’s deputies were also involved in the pursuit.

The chase went past the Bogue Chitto truckstop then back onto I-55 headed north in the northbound lane. The SUV left I-55 at exit 42 and traveled on Union Street Extension to Industrial Park Road. The SUV rammed the deputy’s car on Sawmill Lane. That’s when police and deputies fired at the Tahoe to stop it.

“But they continued to go,” Collins said.

The Tahoe traveled Old Wesson Road before finally being stopped by law enforcement officials at a mobile home park behind Lincoln Apartments, he said.

Smith was apprehended, but Williams and Stringer fled on foot, Collins said.

He is asking anyone who knows Williams and Stringer, or who may be helping them, to turn the men in to authorities. He said his officers will continue to search for them and arrest anyone who may be assisting the fugitives.

Collins said he is appreciative to all the various agencies who assisted including MHP, LCSO, state Department of Wildlife, Fisheries and Parks and Wesson police. 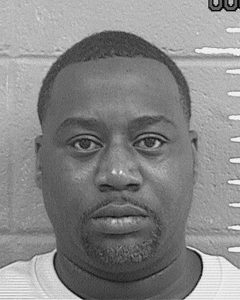 The Mississippi House of Representatives recently passed House Bill 957, and, if signed into law, the measure would change the... read more