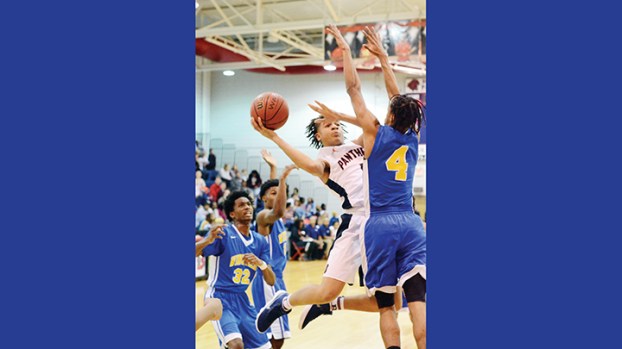 Panthers turn it over to Wingfield, 67-53

Ole Brook slipped up and let the Falcons out of their cage Friday night, giving up a big first-half run that kept them behind all game on their way to a 67-53 loss.

A Wingfield three-pointer at the first-quarter buzzer and an explosion of turnovers put the Panthers on the wrong end of a 16-2 run that spanned nearly five minutes of play between the first and second periods, establishing a double-digit lead the Falcons would maintain most of the game. Brookhaven slowed Wingfield down enough to stay close in the second half, but could never really close the gap back below 10-or-so points.

Turnovers were a big problem for Brookhaven.

The Panthers lost track of the ball a back-breaking 25 times to Wingfield’s pesky defense, and much of the first-half run that was Brookhaven’s undoing was established on wide-open breaks to the basket created by the Falcons’ pressure defense.

The Panthers also had trouble playing team ball on offense. Overall shooting percentage was down to 40 percent, and the Ole Brook boys tallied only four assists on the night, unable to find each other when the Falcons closed in.

“We didn’t run any sets or nothing. They messed us up with the press,” said junior John Hilbert. “We’ve got to handle the ball better and get through it.”

It was a game Brookhaven could have won. Too many long-range shots have been a problem for the team this season, but the Panthers committed to getting into the paint against Wingfield, firing up only nine three-pointers and hitting three for 33 percent.

Ole Brook forced 14 fouls out of Wingfield and went 10-of-14 from the stripe for 71 percent. They also beat Wingfield on the boards, pulling down 31 total rebounds and taking away 16 steals.

But bad decisions in the passing game and an inability to get into position doomed those improvements. Coach Marcus Flippin said before the season his team would have to commit itself to defensive play, but the arrival hasn’t happened yet, he said.

“We don’t shoot the ball well, and when a team can’t shoot well it has to create extra opportunities for itself with defense,” he said. “We’re 0-3 in the district — the only team in the district without a win. We’ll have to defend our way out. We’re not going to out-shoot anybody.”

Flippin said the team would go back to defensive basics in practice, and the five best defensive players would start for the remainder of the season.

“It’s not these guys’ fault. You can’t do what you don’t know how to do. It’s my responsibility — I need to amp up the teaching,” he said. “Some kids don’t understand. They’re hustling out there, but you can hustle your butt off and still be out of position. You can go through a brick wall. But it’s easier to go through the door.”

“We hang our hats on playing strong man-to-man defense. We spend a lot of time on steal-work,” said Wingfield coach Spencer Gatlin.