Bills authored by local legislators that benefit farmers and would designate the Brookhaven Country Club as a resort area took a step closer to becoming law Tuesday, while other bills died on the Capitol floor.

The bill was referred to the Ways and Means Committee Tuesday.

“It’s one of those bills you hope you never have to use,” he said. “But if something does come up, it would help out farmers.”

Mangold is a farmer by trade, and Southwest Mississippi’s agricultural economy concerns him a great deal.

If a farmer suffers a noted loss as a result of a natural disaster, HB 1359 would exempt that individual from paying income tax on any relief funding received from a federal agency. It is important to note that the bill only covers livestock-related expenses and not row crops.

“Whenever you initially purchase a cow, a fence post, etc., you pay taxes on it,” he said. “If you’ve suffered from a natural disaster, you also spend money to replace those things, and you wind up paying taxes again. So, there’s no reason to charge income tax on money meant to help farmers rebuild.”

Mangold penned the measure in response to a string of weather-related catastrophes that struck the western United States in 2017. Droughts, wildfires and floods had terrible effect on the incomes of ranchers from Texas to California.

If something similar should happen in Mississippi, he wants the state to be prepared to lend the local agricultural industry a helping hand. A companion bill is also working its way through the Senate, and Mangold has high hopes for the long-term prospects of HB 1359.

HB 1359 requires a three-fifths vote to pass the House, and must meet the approval of the Ways and Means Committee before being considered for debate.

“We’re going in the right direction,” he said. “It’s about to get really busy now that everything is coming out of committee.”

Mangold was also responsible for HB 1134, which died in committee. It would have revised the air operating permit program fee trust fund.

• HB 433, which would require that certain insurance policies and contracts provide coverage for annual pap smears and biennial bone density tests to women.

• HB 739, which would create the crime of female genital mutilation and provide that a violation of the act would be a felony.

• HB 1506, which would require cooperation and assistance in the enforcement of immigration laws and to indemnify law enforcement officers for implementation of the act.

Sen. Sally Doty, R-Brookhaven, who represents Lincoln and Lawrence counties and portions of Copiah and Walthall counties, penned quite a few Senate bills, including:

• SB 2173, which would revise the definition of the term “Qualified Resort Area” under the Local Option Alcoholic Beverage Control Law. This bill, if signed into law, would permit the Brookhaven Country Club to serve alcohol beyond the current state restrictions. It was referred to the Tourism Committee.

• SB 2605, which would provide that the false report of child abuse or neglect to the Department of Human Services would be punishable as a misdemeanor. It was referred to Judiciary A Committee.

• SB 2595, which would raise the age at which a minor is capable of consensual sexual intercourse. It was referred to Judiciary A Committee.

• SB 2620, which would create bona fide separation as an additional ground for fault divorce. It was referred to Judiciary A Committee.

• SB 2672, which would prohibit the sale of certain caffeine products to anyone under the age of 18 and prohibit minor possession of caffeine products on education property. This bill is known as “Noah’s Law.” It was referred to Judiciary A Committee.

• SB 2934, which would revise the penalties imposed for illegal dog fights. It was referred to Judiciary A Committee.

• SB 2298, which would authorize boards of supervisors and circuit clerks or county registrars to approve the use of direct recording electronic voting units and optical mark reading equipment for absentee voting. It was referred to the Elections Committee.

• SB 2299, which would remove the requirement that a full-time student of any college, university or community/junior college who is qualified to vote absentee by mail have his or her ballot envelope notarized. It remains active.

• SB 2482, which would prohibit any person who is a candidate for any public office from appearing in publicly funded advertisements during the year of the statewide general election. It remains active. 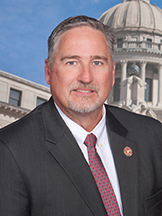 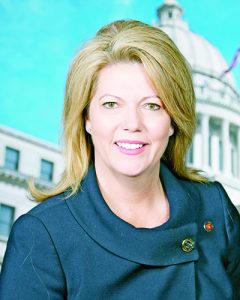 Cupid Shuffle to benefit Habitat for Humanity of Lincoln County

The prizes at the end of the Cupid Shuffle are Valentine cupcakes and hot chocolate, and bragging rights for the... read more