If it prevents just one death a year …

It’s the same story, just with a new name and a new location. So following yet another gun-related massacre, it’s prudent to ask: Would tougher gun regulations have prevented this unimaginable horror?

It’s the same question we ask every time something of this magnitude happens, and the list of mass shootings is growing longer. Sandy Hook, Aurora, Virginia Tech, Columbine, San Bernardino, Newtown, Orlando, Las Vegas and now a Florida high school. Those are the big ones we remember, but there have been many others.

It is reasonable to assume that a world without guns would be less violent. But we don’t live in a world without guns — and we never will. Regardless of your views on gun control, there is no getting around the Second Amendment. Guns always have been, and always will be, part of our country.

I’m a gun owner. I grew up with guns and have enjoyed shooting ever since getting my first .22 rifle. I hunt with my guns, but that’s not the only reason I own them. I also have them in my house as a security measure.

But even for the most ardent supporter of gun rights, it’s sometimes difficult to form a cohesive defense when those rights are challenged following a mass shooting. We simply come back to: it’s the Second Amendment. We don’t have much else beyond that. As long as the Bill of Rights means something in this country, that position will be enough.

But that doesn’t mean reasonable restrictions on gun ownership don’t make sense. Already, courts have decided that the Second Amendment isn’t a blanket protection to own any type of gun. Fully automatic firearms are more heavily regulated than shotguns.

Most gun owners see that as reasonable. Anyone wanting to own a fully automatic weapon must register with the federal government. There’s not been much outcry about that, even among gun rights supporters.

So would our country benefit from tougher regulations on all types of guns? Would we be safer? Probably. If all gun owners were required to attend a training session, there would probably be fewer gun accidents. We require it for driving an automobile, why not for owning a gun?

If all guns had some type of device that only allowed them to be fired by their owners, there would be less gun violence because criminals, in theory, wouldn’t be able to use stolen firearms.

If those with mental illness were kept from purchasing firearms, there would probably be fewer fatal shooting incidents.

The list of so-called “common sense” regulations is long, and most would likely reduce gun violence to some degree.

But they may not have prevented a 19-year-old from shooting up his former high school. (If the FBI had simply investigated a tip it received, this tragedy might have been avoided.)

That’s the problem with most gun-control measures. They do little to stop someone determined to commit mass murder from doing just that. But if additional gun regulations prevent just one death a year they are worth pursuing.

Publisher Luke Horton can be reached at luke.horton@dailyleader.com. 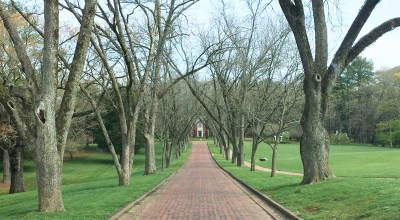 Kids are not learning to write