Mr. Richardson, 85, died Tuesday, Feb. 27, 2018. He was born Oct. 31, 1932, in Brookhaven, to John Edward Richardson Sr. and Maebelle Sullivan Richardson. He was retired from the Army National Guard, which included serving in the Korean Conflict. He also was a retired mechanic from Illinois Central Gulf Railroad and was a longtime paper carrier for The Daily Leader and Clarion Ledger.

Preceding him in death was his parents; brother, Danny Richardson and sister, Joby Richardson.

If you would like to leave a word of sympathy to the Richardson family, you may do so at www.riverwoodfamily.com. 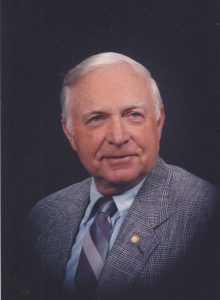