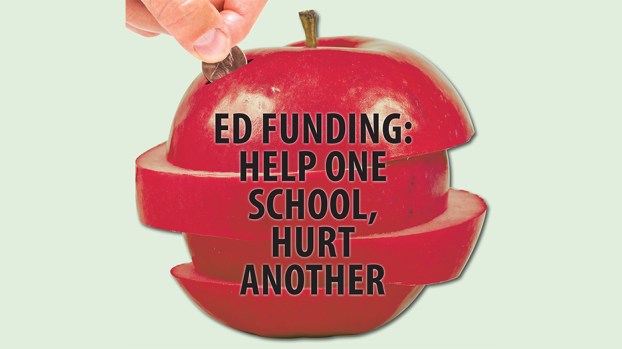 A handful of Republican senators walked over the party line and helped vote down a proposed revamp of education funding in Mississippi Thursday afternoon, but Brookhaven’s Sen. Sally Doty was not with them.

The lady from Lincoln was one of four Republican senators who abstained from taking sides in the vote on House Bill 957, a controversial piece of legislation that sought to replace the current public school funding equation with a new per-student formula. Doty said she did not join the 27 senators who voted to kill the bill off by handing it back down to a post-deadline committee — or the 21 who tried to keep it alive — because the legislation was too hazy.

The bill, titled the Mississippi Uniform Per Student Funding Formula Act of 2018, would have replaced the Mississippi Adequate Education Program of 1997 with a new method for divvying up public school funding that called for a $4,800 per-student bottom line. The cost would have increased in layers based on student qualifications.

The proposal was largely constructed from recommendations made by EdBuild, an education consulting organization Republican leaders hired in 2016 to tackle the yearly governmental and political problem of funding MAEP. The program has famously been fully funded only twice in 21 years, and has recently been the subject of failed constitutional amendments and state Supreme Court cases.

But public schools and their support groups have been reluctant to cast out the devil they know. The attack on MAEP has largely been viewed with suspicion from school leaders counting pennies and wondering how unproven methods would fill the bank accounts.

“I’ve been in touch with Ray Carlock (superintendent of Brookhaven schools) and Lawrence County pretty closely, and we all had some questions about the enrollment (portion of the bill),” Doty said. “Education is such an important issue, we gotta get it right. And it may be right, but I just did not have all my questions answered.”

With HB 957 recommitted past the Senate committee deadline, it will remain dead for the year unless two-thirds of lawmakers vote to suspend the rules and resurrect the measure, an unlikely scenario.

The plan has been an important Republican project for years now, and House Speaker Philip Gunn and Lt. Gov. Tate Reeves expressed regret at the demise of HB 957 Thursday afternoon.

Instead of regret, many education supporters statewide felt relief.

The Parents’ Campaign, a non-profit education advocacy group and regular participant in education funding debates, has opposed the bill since before its announcement. It praised the defeat of HB 957 in a statement e-mailed to its members Thursday evening.

“Your state Senate came through for Mississippi children in a big way today,” the group said. “Please be sure to thank the senators who stood up for our children and our public schools by voting to kill HB 957.”

The vote put Doty, a standout Republican and close ally of Reeves, in an awkward spot as she campaigns for a chance to represent Mississippi’s Third Congressional District in the U.S. House.

“I’ve been in communication with the leadership,” she said.

HB 957 may have put Doty in an uncomfortable position politically, but local school officials were feeling twisted as a matter of policy.

Brookhaven High School Principal David Martin said school officials were encouraged the legislation’s enrollment-based funding formula would have allowed for steady budgeting from year to year, whereas long-range financial planning under MAEP can be hit or miss.

But for Brookhaven, there might have been less money with which to plan. Martin said school officials were afraid HB 957 would have decreased annual funding.

“I think it would have been lower than what we’ve been expecting,” he said. “It varies from district to district. It could have helped one school district, but hurt a neighbor. If it’s hurting anybody, is it the right answer?”

HB 957 may have helped Brookhaven’s own neighbor — the Lincoln County School District.

Rep. Becky Currie, R-Brookhaven, admitted the legislation was imperfect, but said it would have increased funding for Lincoln County schools. She voted for the bill on the House side, where it passed 66-54 Jan. 17.

“At least we would have known how much money we were going to be getting and could have budgeted accordingly,” he said. “It’s a source of frustration for educators, but that’s what we have to deal with. Educators are some of the most resilient people in the world.”