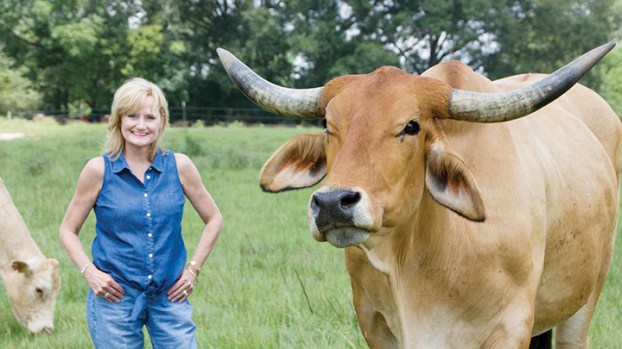 Gov. to appoint Hyde-Smith to Senate

The big announcement that’s been speculated about since Cochran started talking retirement will be revealed Wednesday at noon at the Military Memorial Museum at the Old Train Depot in Brookhaven, Ag Commissioner Cindy Hyde-Smith’s hometown.

Her name has been on the short list along with Secretary of State Delbert Hosemann. When asked Friday at The Daily Leader office if she’d accept the governor’s nod, she stayed mum.

But while the beef cattle farmer and former state senator stays quiet, others are talking.

“For Mississippi’s first female to serve in Congress to be from Brookhaven is a historical event for Lincoln County and the state of Mississippi,” she said. “Cindy has consistently demonstrated servant leadership in her current position as commissioner of agriculture and commerce and previously as state senator for District 39, and has done an outstanding job promoting Mississippi’s agriculture industry and being an advocate for farmers, ranchers, and sound regulatory practices.”

Moore said Hyde-Smith’s strong leadership in Jackson will be missed, “but she has paved the way for her successor to pick up the baton and continue a reputation of consumer confidence while moving forward with continued economic drivers such as the construction of the new Trade Mart.”

She said Hyde-Smith will take that “leadership, dedication, and tenacity” to Washington D.C. “to be a voice and champion for all Mississippians as our new U.S. senator.”

If Hyde-Smith accepts the nomination — and it’s likely she will — she’ll become the first female U.S. Senator in Mississippi history.

If she seeks the post permanently — which is also likely — she’ll run in a special election Nov. 6 against Republican state Sen. Chris McDaniel, R-Ellisville, and Democratic former U.S. Rep. Mike Espy, a former U.S. Agriculture secretary in the Clinton administration.

Both have announced they’re running for the U.S. Senate seat.

Cochran announced earlier this month that he would leave the Senate April 1, before the end of his seventh term which runs through January 2020.

A Lincoln County native, Hyde-Smith graduated with a political science degree from the University of Southern Mississippi after studying at Copiah-Lincoln Community College. Much of Hyde-Smith’s agriculture experience came from growing up on a cattle farm. She and her husband, Michael Smith, are partners in Lincoln County Livestock stockyard.

She served as a Mississippi state senator for District 39 for 12 years — eight of which she was the Senate chairman of agriculture.

She was first elected as a Democrat, but she frequently voted with the GOP on many major issues. She switched to the Republican Party in 2010.

She was sworn in as commissioner of agriculture and commerce in 2012 after retiring commissioner Lester Spell pushed her to run. She became the first woman to be elected as Mississippi’s agriculture commissioner and was re-elected in 2015.

It’s likely that McDaniel will use the Democratic shadow that Hyde-Smith cast until 2010 as fuel for a free-for-all race with no primaries. And it’s possible that with Espy as the Democratic contender, the GOP vote could be split.

McDaniel and his supporters called for Bryant’s appointment to swing his way to unite the GOP, but Bryant last week called McDaniel “opportunistic” after the state senator dropped out of the race against Sen. Roger Wicker to run for the Cochran seat.

Sen. Sally Doty, R-Brookhaven, who is making a bid for a U.S. congress seat, believes President Donald Trump will be supportive of Bryant’s appointment.

“Cindy’s experience as a senator makes her uniquely qualified to serve as our (U.S.) senator,” she said. “She has a breadth of knowledge about our state that will be so beneficial. With Gov. Bryant’s close ties to the president, I fully expect President Trump to support Cindy in the November election.”

She said that support will come because Trump knows this is a pivotal Senate seat, “given that Republicans have such a slim majority.”

New Hebron’s mayor, Cindy Bryan, said Hyde-Smith has been a good friend of her family and her town.

“She’s very level headed and she will serve this state very well,” she said. ‘I think she’s someone that we can be proud of.”

“She’s always been a champion for her constituents that she’s represented. She’s represented both Democrat and Republican equally as fair. She’s a good Christian woman and she has a very good moral compass.”

Moore said she’s not concerned that Hyde-Smith switched to the GOP.

“Based on Cindy’s political platform and her stand regarding policy issues, the military and her personal beliefs, I do not take issue with her past history as a conservative Democrat prior to switching to the Republican Party in 2010,” she said.

Hyde-Smith’s friendship with Bryant goes way back. Bryant spoke at the Brookhaven Academy commencement ceremony in 2017 when Hyde-Smith’s daughter, Anna-Michael Smith, graduated. She said at the time that Bryant has known her daughter “pretty much her whole life” and that the two often ride in the Dixie National annual parade together.

Anna-Michael Smith was just five weeks old when her mom qualified to run for the state Senate. Bryant was state auditor and then lieutenant governor while she was a senator. Then when she was commissioner, he was governor. So the Smiths and Bryants have all become good friends over the years.

Hyde-Smith almost didn’t run for ag commissioner. She said it took a lot of praying and advice-seeking to finally make the decision to run. It’s likely she’s been doing the same before she accepts Bryant’s likely offer.

She told a story in The Daily Leader’s Brookhaven Magazine about how she decided to run for the ag commissioner post.

“I had other people come to me and ask,” she said. “I was encouraged by politically astute people that I totally respect, but one of the key points that helped me decide was a story Dr. Mark Keenum (Mississippi State University president) told me about an offer he once received and declined.”

Keenum declined an offer to become Cochran’s chief of staff in Washington D.C. while teaching at Mississippi State University many years ago, Hyde-Smith said.

“The next day, Dr. (Donald) Zacharias, who was the president at Mississippi State at the time, called Dr. Keenum to his office,” Hyde-Smith said. “He told him, ‘You don’t know how many doors you just closed for yourself and your family. You need to reconsider the offer. You need to take that position.’”

Hyde-Smith said at the advice of Zacharias, Keenum called Thad Cochran back and said, “I’ll take it.”

“When he told me that story, I looked at him and said, ‘Are you my Dr. Zacharias?’ and he said, ‘I’m your Dr. Zacharias. You need to do this,’” Hyde-Smith said. “That was really a turning point.”

With that change of heart, Hyde-Smith made history as Mississippi’s first woman commissioner of agriculture and commerce.

As ag commissioner, she travels throughout the state, country and world making speeches, visiting dignitaries and collaborating on projects that will benefit Mississippi’s agriculture industry.

“The typical day at the office is making sure all the plates are spinning in each department,” Hyde-Smith said in a story in Brookhaven Magazine.

Bureaus and departments that fall under Hyde-Smith’s management are the agriculture and forestry museum, the Mississippi Fair Commission, the farmers market, Mississippi Board of Animal Health, the Agricultural and Livestock Theft Bureau, the Bureau of Plant Industry  market development division and the Bureau of Regulatory Services.

The most notable accomplishments Hyde-Smith said she has achieved during her tenure as commissioner include, creating apps for several departments and the farmers market, streamlining the look of the agency, gaining a 1 percent budget increase every year, expanding the farmers market and creating a stronger disaster relief recover plan.

An Alabama-based equipment company wants Lincoln County supervisors to get into the garbage collection business for themselves, but the board... read more