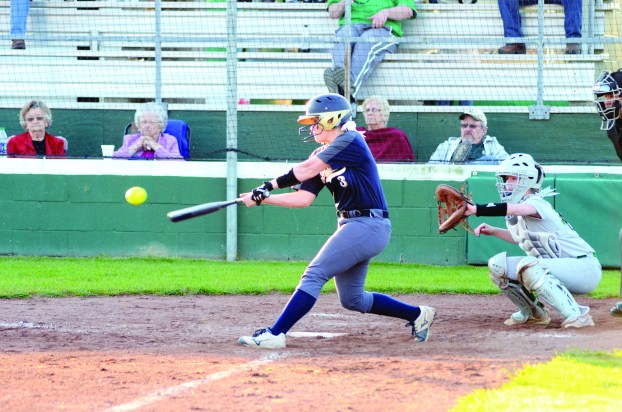 Bogue Chitto’s Lady Bobcats made the short trip to West Lincoln Thursday night and came back with a Region 7-2A victory, beating the Lady Bears 8-6.

Trailing throughout the game, West Lincoln rallied in the sixth inning to tie it at 6-all. But the Lady Bobcats broke the tie, quickly scoring two runs in the seventh inning to pick up their first region win.

“I struggled in the beginning but as the game got going, I got better and better,” said Bogue Chitto sophomore pitcher Codi Leggett.

Junior Carly Leake got Bogue Chitto started with a leadoff double. Sophomore Stevie Montgomery was able to bring Leake in on an RBI sacrifice. The Lady Bears managed to record the final out to hold the Lady Bobcats to just one run.

“I knew I had to get the run in cause we needed the lead. I knew my team would come behind me,” said Bogue Chitto senior Reagan Kirkland.

The Lady Bears broke through in the second, scoring one run. Eighth-grader Averi Paden got West Lincoln started with a single. Sophomore Madison McNatt followed with a bunt single. Freshman Jena Hughes brought in West Lincoln’s first run of the game on an RBI sacrifice.

The Lady Bears pulled closer to Bogue Chitto in the bottom of the third, bringing in one run. Eighth-grader Bailee Goodson drew a walk to start West Lincoln’s half of the third. With two outs, Junior Morgan Newman brought Goodson home on an RBI single.

The Lady Cats pulled ahead of West Lincoln in the top of the fifth, brining three runners across home plate. Freshman Julianna Frazier led off with a double. Leggett followed with a single. Montgomery brought both in on a double. Freshman Kayci Beth Wallace found herself on base with a double. Seventh-grader Alyssa Leggett scored Wallace on an RBI single.

Bogue Chitto reclaimed the lead in the seventh inning, scoring the game’s final two runs. With one out and one runner on base, Kirkland broke the tie on an RBI triple. Bogue Chitto scored the final run of the game with an RBI sacrifice from Wallace, winning the game by a final score of 8-6.

“I thought we did a pretty good job offensively,” said Lady Bobcats coach Scott Leggett. “We hit the ball well. Reagan’s hit was a big clutch hit in the seventh. Defensively we made some errors that kept West Lincoln in the game. We got to cut some of that out. Codi pitched well. She was struggling with some pitches but overall she did a fantastic job.”

“It wasn’t a win, but just the improvement that I saw from Tuesday night to tonight, I thought the girls played with a lot more heart and passion,” he said. “I was really proud of the way they performed tonight. We were down and could’ve easily let the game get way out of hand, but they fought back and tied it up. We just came up a little bit short at the end.”

Bogue Chitto, 7-4-1 overall and 1-1 in Region 7-2A, will travel to Meadville tonight to take on the Franklin County Lady Bulldogs.

West Lincoln, 6-4 overall and 0-2 in 7-2A, will travel to Tylertown Tuesday to take on the Salem Lady Wildcats.

The Brookhaven Academy Cougars began AA District 3 play with a home and away against Newton County Academy this week,... read more