Funeral services for Thomas Lamar Thames will be today, April 10, 2018, at 11 a.m. at Riverwood Family Funeral Service in Brookhaven with burial at Ruth Cemetery.

Mr. Thames, 79, died Friday, April 6, 2018. He was born Feb. 27, 1939, to William Pink Thames and Leona Eitel Thames.  He married Gloria Ann McEwen Dec. 20,1958. He was known as “Cuz” by family, friends and coworkers. He enjoyed working for Canadian National Railroad for 32 years before retiring in 2004. Working on his farm, bailing hay, tending his cows, gardening, riding his tractor and enjoying family were his greatest pastimes. He leaves a legacy of hard work and integrity. “A good name is to be more desired than great wealth, favor is better than silver and gold” (Proverbs 22:1).

He was loved by everyone who met him, and he never met a stranger. He always put others before himself and unselfishly served his family, friends and total strangers. He was a great husband and father, and he will be greatly missed by all. There aren’t enough words to describe our love and gratitude for such a wonderful husband, father, and brother. We are eternally grateful for his example to us.

He is preceded in death by his parents; four brothers; and two sisters.

He is survived by his wife, Gloria; four children and their spouses, Angela and Marty Mercier, Andrew and Anita Thames, Amy and Chris Close, Alan and Sonya Thames; 11 grandchildren; five great- grandchildren; one brother, Joe Thames; one sister, Georgie Thames; and numerous nieces and nephews.

If you would like to leave a word of sympathy to the Thames family you may do so at www.riverwoodfamily.com. 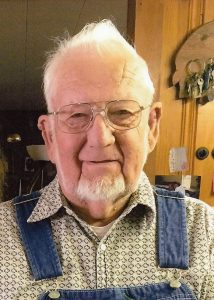