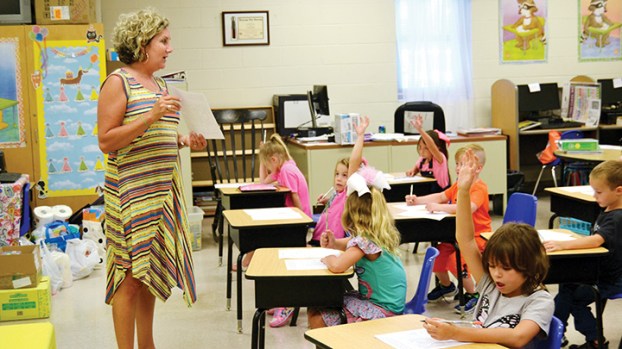 District financial officer Sam Stewart on Monday told a meeting of the county school board the district’s payout from the Mississippi Adequate Education Program for the coming fiscal year is projected to be down $484,646 after the district’s average daily attendance dropped by 141 students. He said the decline in ADA is due to last year’s massive flu outbreak, which spread with a vengeance throughout the fall and into this winter, causing high absences.

“We’re in good financial shape, but there are some districts that will have to make some hard decisions,” Stewart said. “I think we’ll be able to keep everything we’ve got, but it’s getting to a point where we might have to sit down and look at our expenditures.”

Stewart said full funding for Lincoln County under MAEP was already down $359,363, and the decline in ADA — along with other factors like free lunch counts and at-risk student totals — will bring about a total funding cut of close to 10 percent.

Stewart said he is optimistic the district will be able to make back some of the lost funding through increased interest rates on this year’s depository bids, and he pointed out the schools were in decent shape to absorb the cuts after receiving a 4 percent increase in local tax funding last year. It’s too early to tell where the budget will shrink in response to the missing money, but he does not anticipate any changes to school staff.

“Payroll is most of what we spend. Will we be able to replace everybody retiring? Probably,” Stewart said. “Retirees go out at the top of their pay scale, and we typically don’t hire 30-year teachers.”

Average daily attendance is a staple equation used to calculate MAEP funding totals. It’s the reason schools insist parents don’t check their children out of school until after lunch, when a student has been present long enough — 63 percent of the day — to meet ADA requirements.

The ADA equation would have been scrapped, along with MAEP entirely, had lawmakers passed the Mississippi Uniform Per Student Funding Formula Act of 2018, a major Republican project to reform school funding based off recommendations from consulting firm EdBuild. Despite Republican majorities at all levels of government, the program died when the Senate voted to kill House Bill 957.

The new formula would have used average daily membership, a formula that determined aggregate days membership instead of daily attendance.

“I can’t describe my level of frustration with this. They never expect any less out of our schools with academic performance, but they don’t give us the funding to achieve those expectations,” he said.

Survivors, family members and anyone else who wants to walk all over cancer will get a chance to do it... read more