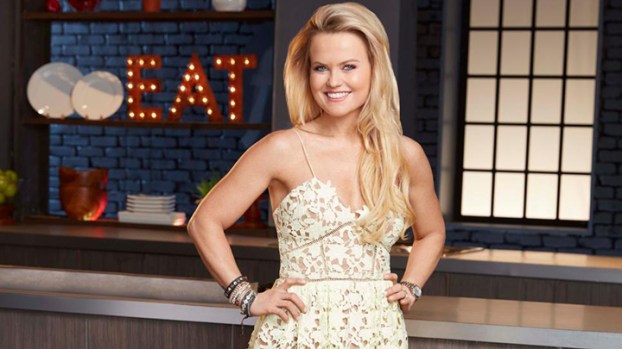 Brookhaven Academy alumna Katie Dixon hopes to to cook her way to stardom on season 14 of “Food Network Star.”

Dixon, the daughter of Vickie and Henry Newman, of Brookhaven, made it to the top six in Fox’s “MasterChef” in 2016. She’s looking to go even further on the Food Network.

“Y’all know I love a good adventure, so let’s buckle our seatbelts for a crazy exciting ride,” she posted on her Facebook page.

Her family is already planning the viewing parties, gathering to watch Dixon simmer and saute’ on camera.

“Obviously we’re thilled for her. We want her to excel and do great with it,” said her baby brother, Taylor Newman of Brookhaven.

Newman is a huge fan of his sister’s cooking, especially a sandwich she serves at the Birdhouse Cafe, which she opened this year near her home in Hattiesburg. A turkey panini with brie, spinach, apple and bacon, it’s called The Heavy Tee — Newman’s nickname.

He expects Dixon will stick to her Southern roots on the Food Network, but put a healthy twist on her dishes.

“That’s one thing about her cooking, if you’re open minded to it you don’t even think about it being healthy because it’s so good,” he said. “The healthy part of it when you’re eating it doesn’t even cross your mind.”

Dixon and the other 10 contestants will be mentored by hosts Bobby Flay and Giada De Laurentiis.

Over nine episodes the finalists will be tasked with challenges that test both their cooking and on-camera skills, as they try to prove to the legendary chefs that they have what it takes to be a star.

In the season premiere June 10, the 11th Food Network Star” finalists are greeted by De Laurentiis and Flay at Universal Orlando Resort’s Volcano Bay to kick off the competition. Each finalist must make a portable version of their signature dish as they go head-to-head against each other, trying to convince park guests to try their unique creations.

Throughout the season, finalists will push to excel, both in the kitchen and in front of the camera. The longer Dixon stays in the competition, the more celebrity chefs she’ll get to impress, like Ree Drummond, Sunny Anderson, Richard Blaise, Anne Burrell, Tyler Forence, Duff Goldman, Alex Guarnaschelli and Robert Irvine.

Dixon’s relatives won’t be the only ones keeping an eye on the competition. Her BA family will be watching as well.

“Katie Dixon continues to make her Brookhaven Academy family proud,” said Brian Emory, director of development and marketing for the academy. “She has always been successful in whatever she does, including a basketball state championship at BA, so I would not be surprised if she won the whole thing. Can’t wait to watch the show.”

A handful of parents say they pulled their children out of Enterprise Attendance Center after an alleged shooting threat by... read more