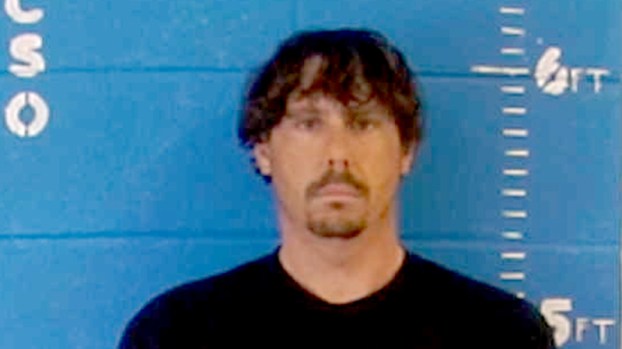 Arrest made in murder of Brookhaven chef

He was a chef by trade, but a hip replacement at 18 caused him problems, then a wreck that broke his good leg added to it. The pain prevented him from standing on his feet too long, said his father, Leon Bennett Jr. of Brookhaven. He’d most recently worked in the kitchen at Brookhaven Country Club.

“He was a sweet kid,” he said of his 42-year-old son. “He had no ill will against anybody. He had a really kind heart and loved people. He did not have a mean bone in his body.”

The younger Bennett was set to have surgery Friday, but wasn’t able to. He hung out with his parents at their home on Smith Lake Road until dusk and then went home to a house they owned just down the street. He was shot to death there sometime that night.

Leon Bennett said his son fell about a month ago. He and his wife, Becky, took him for surgery Friday morning.

“We got there and due to some circumstances they couldn’t do the surgery that day, so we brought him back,” he said. “He stayed with us until about 6 Friday evening and then he went down to his house to spend the night. By then his friends came over.”

“Two people were there when I was there and one of them was the one arrested,” he said.

Becky and Leon Bennett were headed out Saturday morning to attend a funeral, where Leon was set to be a pall bearer. She went to her son’s house, which was two houses down from theirs, to let him know they were leaving.

“She went down there and I heard her screaming,” he said.

Brookhaven Police Chief Kenneth Collins said when officers arrived on the scene, they found Bennett dead from a gunshot wound.

“It just looked suspicious, so we treated it as a homicide from that moment on,” he said.

Police investigated leads in the city as information became available, working through the night Saturday.

“We talked with people in the community. They’ve been a big help,” Collins said. “You’ve got to run down and find out who were the last people to see this person alive and you go from there. It’s an extensive process.”

Collins said deputies with the Lincoln County Sheriff’s Department assisted in the investigation.

“While we were searching and running down leads inside the city, (deputies) were out busy in the county running down leads for us,” he said. “When you work together like that, that brings things to a quicker conclusion. It’s a combined effort of law enforcement that makes us great, and the participation of the people in the community.”

Collins said it was the public’s willingness to share information that helped law enforcement find the person they believe is responsible for Bennett’s murder.

“It’s people in the community getting out, helping law enforcement, and law enforcement working together,” he said. “The joint effort from Brookhaven Police Department and Lincoln County Sheriff’s Office is the reason we have a person in custody for murder right now.”

No motive in the murder has been established.

“They were able to piece everything together and did a great job of police work,” he said. “And the outpouring of love from our family and church and our friends, it has really helped us get through some difficult times.”

Funeral services for John Bennett are Thursday at 11 a.m. at Riverwood Family Funeral Service. Visitation is Wednesday from 5-8 p.m. at the funeral home.

Bennett’s is the third homicide in Brookhaven this year.

Tony McGee, 19, of Brookhaven, was found shot to death in his car shortly after 4 a.m. March 20 near East Monticello and Grenn streets.

A passerby called police to report a car had struck a utility pole near Star Drive In. When police arrived, they discovered McGee behind the wheel.

Harry Adams, 58, known as “Uncle Buck,” was found shot to death April 11 in his bedroom at 312 Industrial Park Road Northeast.

Police received a call of shots fired around 3 a.m. but couldn’t find anything suspicious outside Adams’ home. After daylight, the original caller noticed a group of bullet holes in the home’s eastern wall and called police again. When no one answered the door, police called his niece who gave them permission to break into the house, where Adams’ body was found.