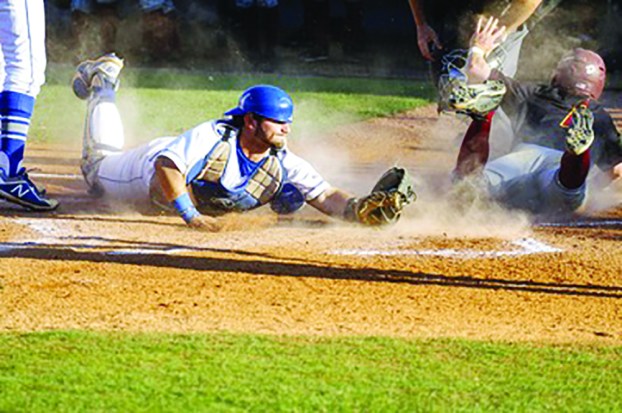 Photo by Co-Lin Athletics/Wolves catcher CJ Estave dives to home plate for an out in Co-Lin’s recent matchup against Holmes County Community College.

Co-Lin’s CJ Estave, a sophomore catcher from Franklinton, Louisiana, earned MACJC Player of the Week honors after a dominating week at the plate for the Wolves. This is Estave’s first time to receive the honor this year.

The catcher racked up a .571 batting average as he went 8-for-14 from the dish. Estave drove in a team-high nine RBIs, had three doubles, a triple, and a home run on the week. His five extra-base hits give him a slugging percentage of 1.143 on the week. He also drew three walks to boost his on-base percentage to .667 during the last four games.

On the year, Estave is batting .370 with a .489 on-base percentage. He is tied on the team for the most doubles with nine, has hit two home runs, and has driven in 25 runs. On the base baths he has stolen 12 bases while being caught only twice.

“It’s such an honor to receive this recognition,” said Estave. “The hard work has been paying off. I definitely couldn’t do it with my teammates, coaches, and most importantly, God.” 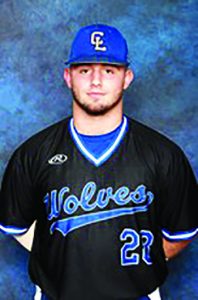 Lady Wolves No. 1, No. 2 doubles state champs — No. 1 team of Daza, Manicea headed to National Championship

The Co-Lin Lady Wolves grabbed two MACJC Championships this past weekend in No. 1 and No. 2 doubles. The wins... read more