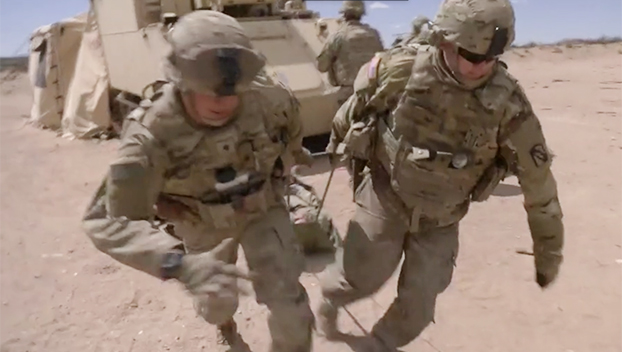 For more than a month, Mississippi and Kansas Guardsmen have been training in an austere environment conducting battle drills and gunnery at the crew, platoon, and company level to build cohesion across the brigade.

The 155th ABCT is preparing for a deployment in summer of 2018 to the Middle East in support of Operation Spartan Shield, or OSS. OSS is a combined forces contingency operation designed to deter and react to possible threats within the Middle East.