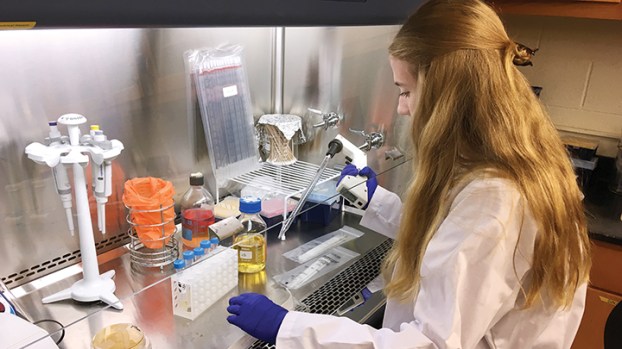 The Brookhaven Academy sophomore’s creamy snack got her to wondering if the claims that yogurt is good for digestion are true, and if so, which types and brands work best.

The quest to solve the mystery has turned the 16-year-old into a scientific researcher.

LeBlanc, the daughter of Mark and Dorothy LeBlanc, will be attending the International Science and Engineering Fair in Pennsylvania this month as a student observer. She’ll be joined by BA students, eighth-grader Emily Hood and freshman McLain Boyd.

ISEF is a prestigious competition that unites the top young scientific minds, showcasing their talents on an international stage, where doctoral-level scientists review and judge their work.

Each year, approximately 1,800 high school students from more than 75 countries, regions, and territories are awarded the opportunity to showcase their independent research and compete for on average $5 million in prizes at Intel ISEF. The competition focuses on identifying, inspiring, and engaging the world’s next STEM generation.

LeBlanc, Hood and Boyd will observe the action at the fair and LeBlanc will learn the best ways to present a project so she’ll be ready for the competition next year.

Hood’s mother, Leslie Hood, is LeBlanc’s biology instructor. This is her second year as LeBlanc’s teacher.

“It’s set up so that when you do this program, they tell them how to better the project,” Leslie Hood said. “Lucie’s project is already great, but she’s going to continue working on it this summer.”

Hood said she has enjoyed being LeBlanc’s teacher for the past two years.

“She is the type of student a teacher wants in her class,” Hood said.

She’s seen the teen’s confidence grow as she’s immersed herself in probiotic research. The process she’s learned has also helped her in other classes because she’s able to read faster and comprehend more.

Hood is looking forward to LeBlanc’s junior and senior years when the researcher will compete at the international fair. She’ll have much more research completed and will be able to tell how the proteins work to prevent salmonella poisoning.

She’s spending time this summer with Janet Donaldson, the chairwoman of the biological sciences department at the University of Southern Mississippi.

“Lucie’s project was looking at probiotics isolated from commercial yogurts to see if they had an ability to work as a defender against pathogens,” Donaldson said. “Her work identified that not all products behave the same way. The goal was to determine whether these probiotics could be used to fight against specific infections. She was a wonderful student to work with, very kind and intelligent. An absolute pleasure to have in the laboratory.”

Donaldson was impressed with the quality of LeBlanc’s work and the dedication she shows to her project.

“This is similar research to what I am doing in my laboratory, so it was a natural fit for Lucie to work with my lab,” she said.

LeBlanc said Donaldson has helped take her research project to the next level.

Working on this project has created a passion for research in the teenager. She likes solving the mystery.

“There’s not guidelines I have to follow. I get to ask the questions. I’m the one in charge,” she said. “It’s just a big puzzle you get to solve and I really enjoy it.”

LeBlanc wants to pursue research as a career and possibly work in a lab. If that’s not God’s plan for her, she said she would like to become a professor and teach.

At BA, LeBlanc is also involved with athletics. She plays soccer and runs cross country and track. She hopes to run a half marathon in November. 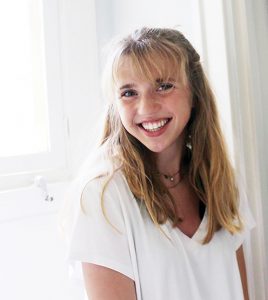 A Jayess couple — who are both former employees of the Jayess Topeka-Tilton Water Association — has been indicted by... read more