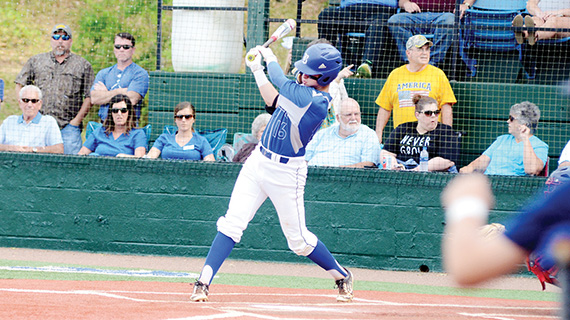 There’s a certain mentality that you have to have in baseball if you want to win a state championship.

After being here a month, it appears that Brookhaven Academy has that mentality.

Sure, there’s an aspect of talent that a team has to have if they’re going to walk off the field holding a first-place trophy in the middle of May, and the Cougars have that in spades.

However, what’s set them apart, at least to me, is that they’ve challenged themselves throughout the season, and every time they’ve answered the call.

They played Sumrall. They played Starkville Academy. They played Warren Central. All of those teams are perennial powers in their classifications, and at this juncture, so are the Cougars.

Forgive me if I’m a little confident that they’ll win one game against a team that they’re beaten by 10 or more runs three times this season.

The Cougars are loaded on the mound with Tanner Watts, Caston Thompson, Nick Ogden and Dawson Flowers entering Thursday’s action with ERAs below three.

At the plate, they’re just as good. O’Neil Burgos has become one of the better hitters in MAIS, and they have complimentary pieces around him that can force opposing pitchers to come into the zone.

That’s what’s been impressive, to me, is how deep they are throughout the order, and how there’s not a hole there where pitchers can take a hitter off.

The numbers in baseball are one of the more telling stats from a performance standpoint, sure enough.

The numbers for Brookhaven Academy tell a story about a team that’s performed well this season.

But what the numbers don’t show is how tough and resilient that they’ve been throughout the year.

They scheduled up against the aforementioned teams for a reason. They took on Starkville Academy last week in a tune-up game for a reason.

That reason is coming to the forefront this week, as they advanced to the South-State championship with a win over Amite School Center on Thursday.

That reason? To prove to themselves that they’re one of the elite programs in MAIS AA baseball.

Sports editor Collin Brister can be reached at collin.brister@dailyleader.com or 601-265-5306.

The Wolves of Copiah-Lincoln Community College dropped a pair of MACJC contests on Wednesday to the No. 7 ranked Pearl... read more